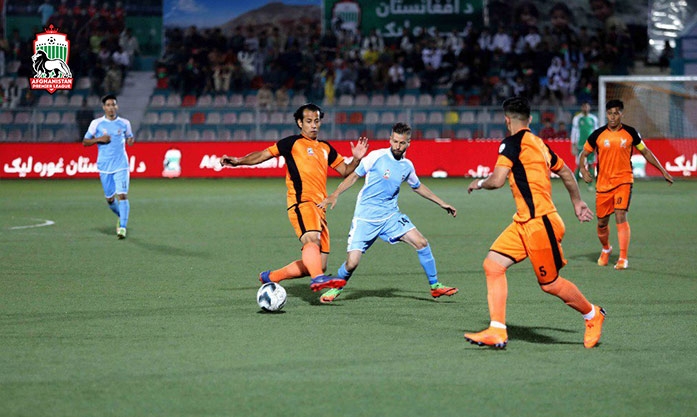 A day after the celebration of the 100th Independence Day, thousands of football fans gathered at the opening ceremony of the 8th season of the Afghanistan Premier League to support their favorite teams and spend happy moments at the Football Federation Stadium. Northern Zone representative, Simorgh Alborz faced the last season's champion Toofan Harirod.

The opening ceremony of the 8th season of the Afghanistan Premier League was held today, August 20, 2019 at 04:00 pm with a special ceremony to celebrate the 100th anniversary of the country's independence with live performances by popular artists of the country.

Both teams, in a huge crowd of their fans, began the first half of the competition, pressing hard on each other with the utmost competence to present a close competition with their opponent team. However, neither of the two teams ended up winning the first half with a 0-0 score.

Back in the second half, Toofan Harirod was more motivated than the first half, and its leading player, Nabi Ishaqzai, scored the first goal of the game in the 77th minute.

Finally, the match ended with 1-0 score in the favor of Toofan Harirod and Nabi Ishaqzai was elected as the man of the match for his winning goal for his team.

Follow us on MyCujoo for the full match and highlights. Like APL Instagram (Afghanpremierleague.official) for more updated photos of your favorite players and teams. Read more about the coming events on (www.afghanpremierleague.com).