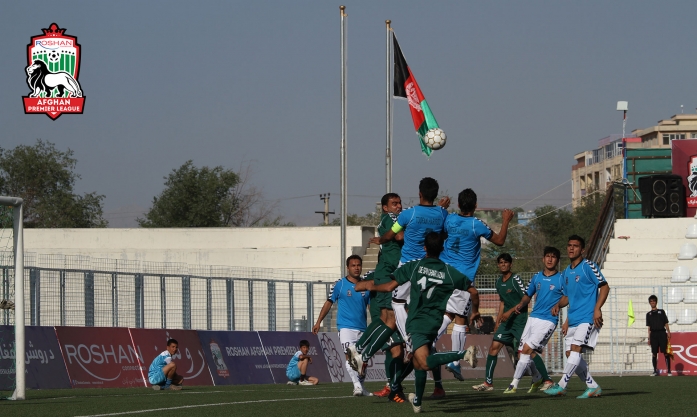 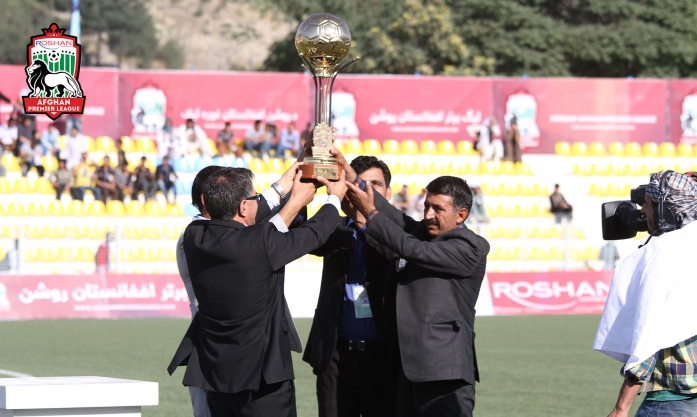 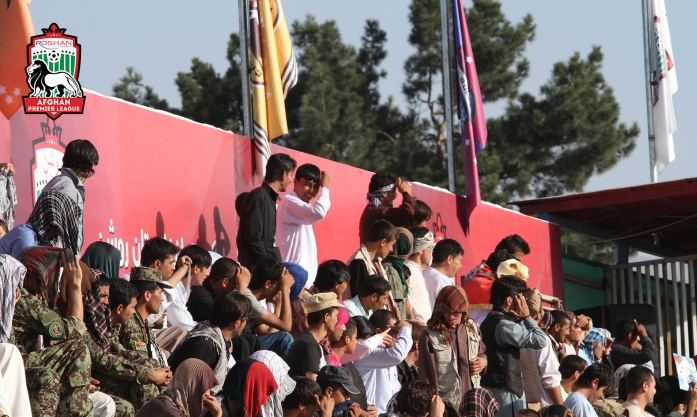 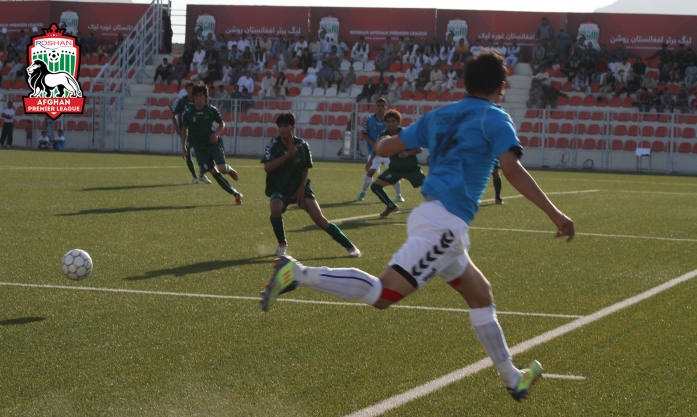 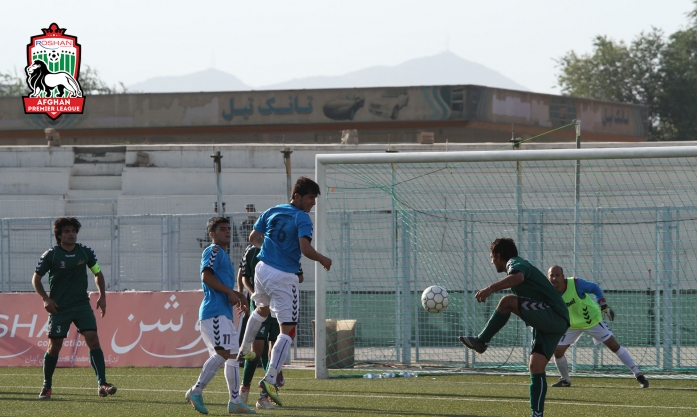 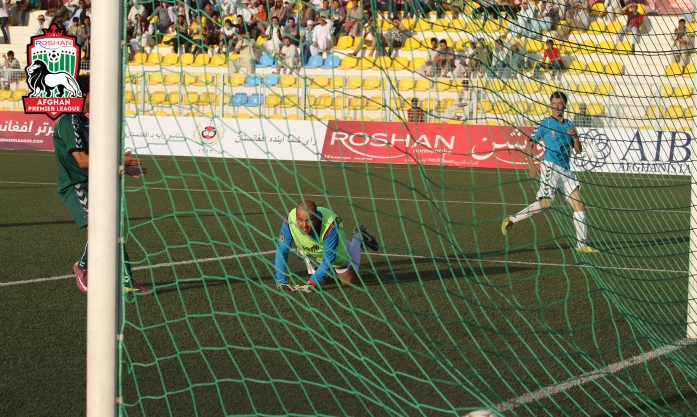 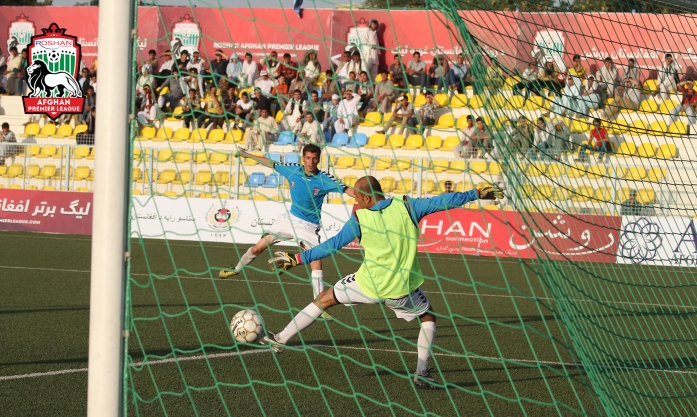 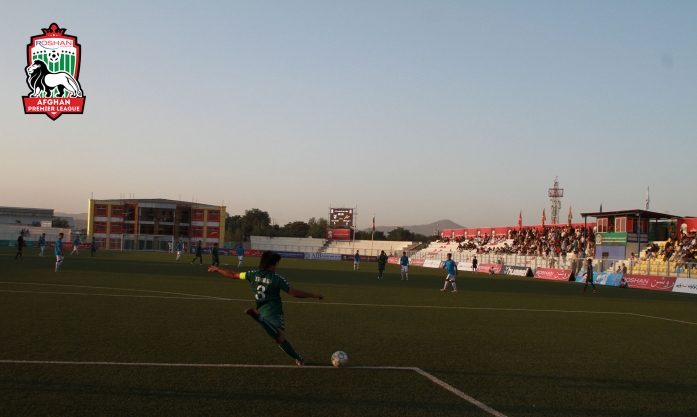 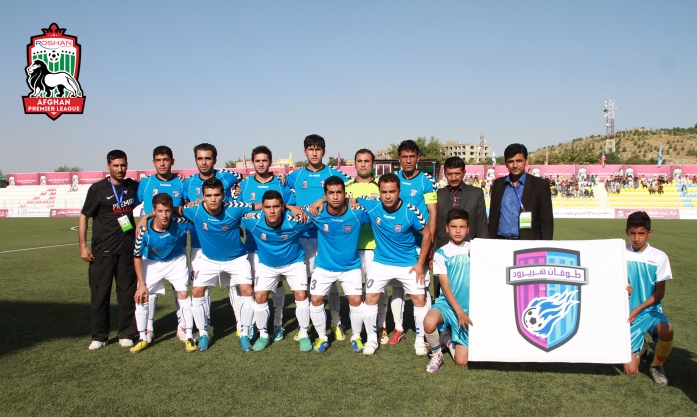 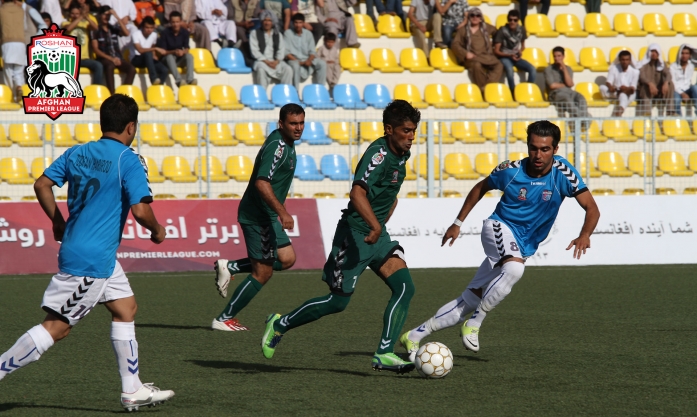 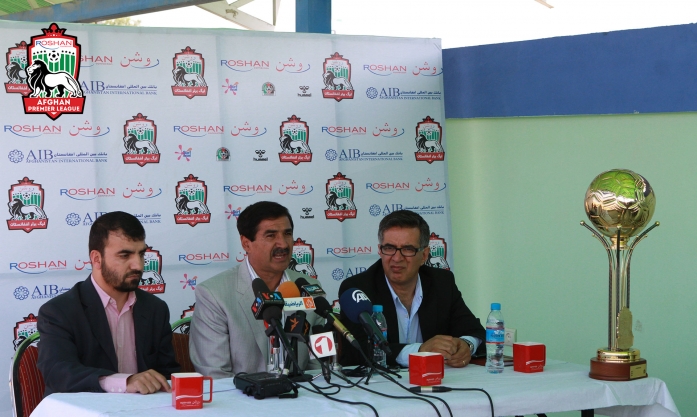 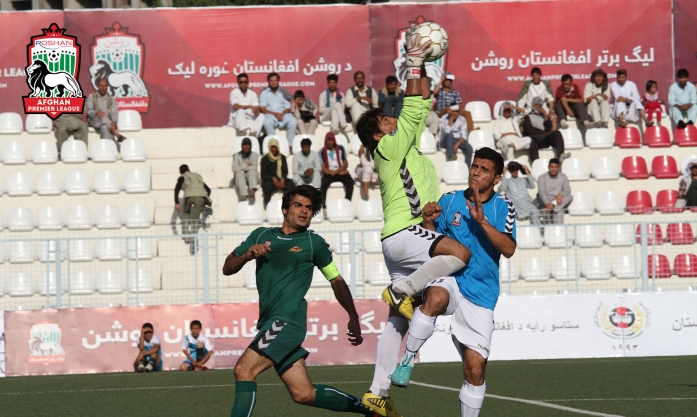 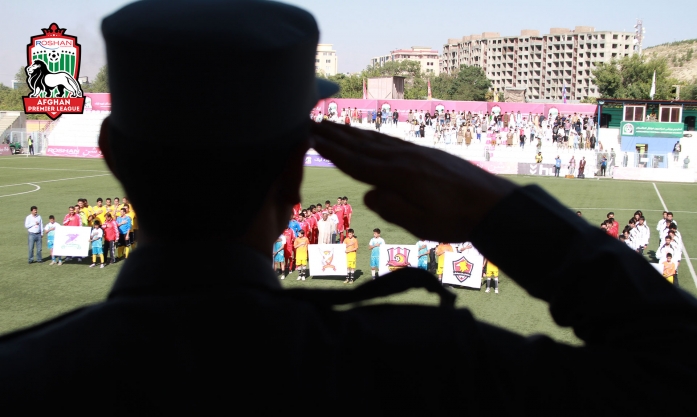 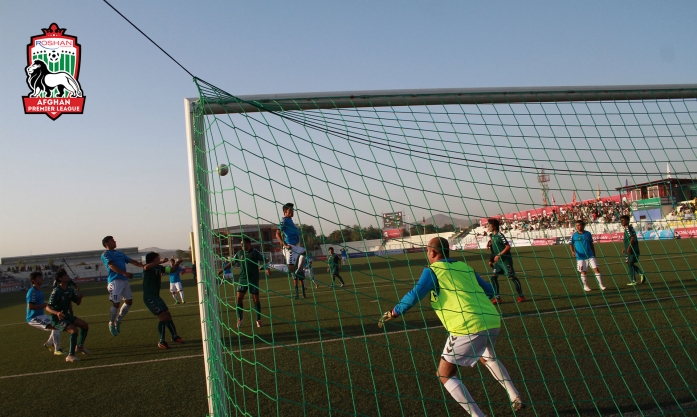 With young jugglers and acrobats performing in the center of the field, and all eight league teams circling around them under a cloudless sky, the second season of the Roshan Afghan Premier League (RAPL) got off to a picturesque start today at the Afghan Football Federation Stadium in Kabul.

The opening match pitted the RAPL defending champions, Toofan Harirod (“The Harirod Storm”), representing the western provinces of Afghanistan, against De Spinghar Bazan (“The White Mountain Hawks”) whose players come from the eastern provinces. Toofan Harirod enters the season with the reputation of having a disciplined defense and opportunistic attacking core.

The first half went much according to plan for Toofan Harirod. The boys from the West dominated possession from the opening whistle, which paid off a mere seven minutes into the match. A Toofan Harirod midfielder managed a cheeky chip over the De Spinghar Bazan defensive line, where a Toofan Harirod attacker took one touch before being brought down inside the 18-yard box. The referee awarded a penalty kick.

Toofan Harirod’s Waheed Nadeem stepped to the penalty spot and comfortably slotted the shot to the left hand corner of the goal. The Toofan Harirod supports in the stands made themselves known as they enthusiastically applauded the first goal of the season. (You can see full highlights from the match below.)

De Spinghar Bazan responded well, managing to create a few scoring chances 25 or 30 yards out from goal. Yet Toofan Harirod proved too strong, as just ten minutes later a diagonal ball from the left flank drew the De Spinghar Bazan goalkeeper out of his box, where he collided with the opposing team’s forward. Both players looked on as Toofan Harirod’s right midfielder Naqeebullah Azadani crept in for an easy finish from 15 yards out on the right side of the goal.

But it was Toofan Harirod’s third goal in the 27th minute that spectators will remember most. After some fancy footwork on the left side of the 18-yard box, Toofan Harirod’s left midfielder passed to forward Jalal Afshar at the top of the box. Afshar took one touch to his right before hitting it with purity and power into the upper left hand corner of the net.

If the story of the first half was confidence and control by the boys from the West, the second half was much the same. Around the 70th minute, Maroof Mohammadi finished a through pass to the right corner of the goal to put Toofan Harirod up 4-0.  For good measure, Toofan Harirod’s Ghulam Raza Yaqoobi tapped in a fifth goal shortly thereafter, and it was smooth sailing for the defending champions from that point onwards.

Judging by the wide smiles on fan’s faces, the first game of the second Roshan Afghan Premier League season was a success. Stay tuned for more RAPL football action from the Afghan capital every Thursday and Friday afternoon.