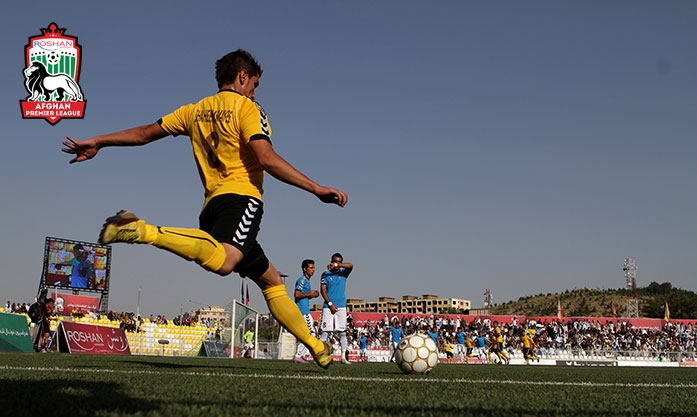 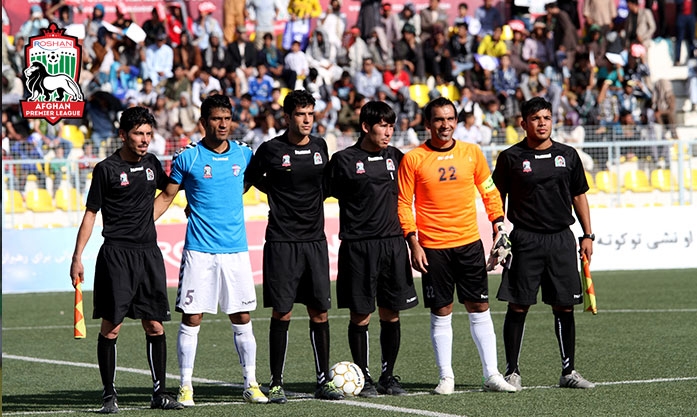 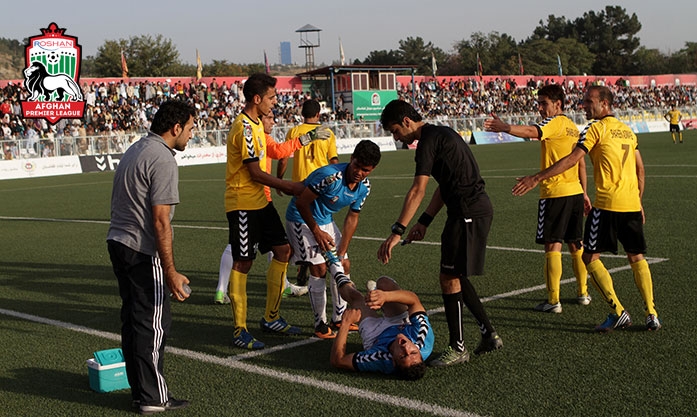 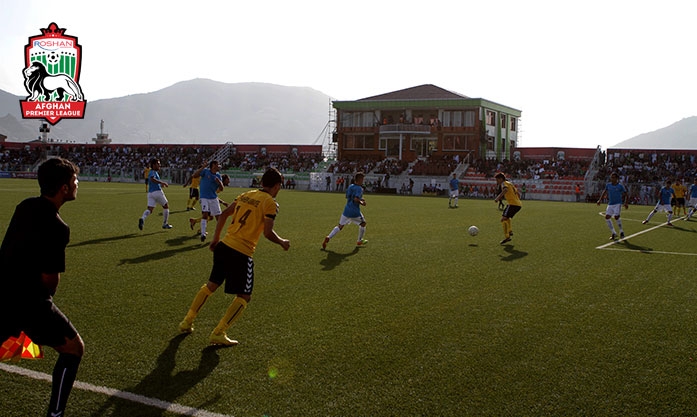 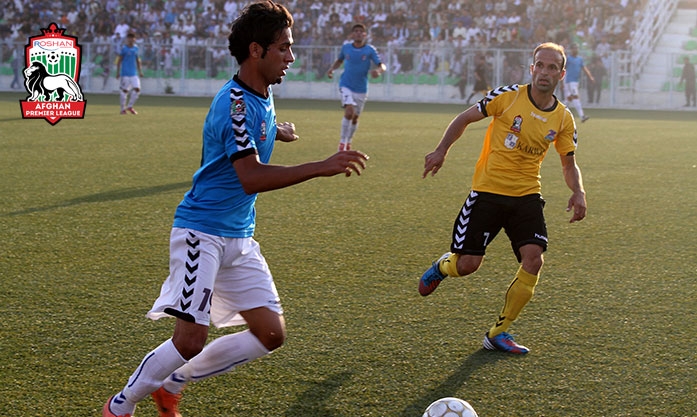 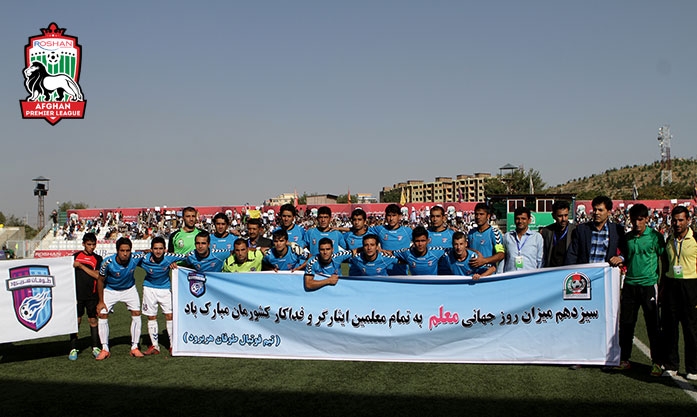 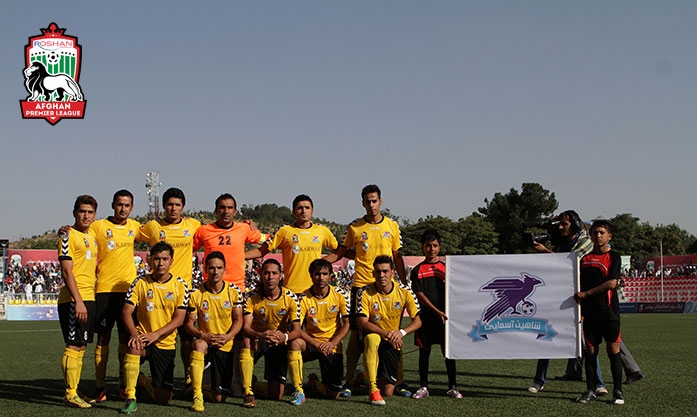 In the most anticipated match of the 2013 RAPL season, defending champions Toofan Harirod faced Kabul’s Shaheen Asmayee in the first of two semifinal legs.  Both teams earned a spot in the semifinals by winning two games and tying one in the group stage.  Now, whoever scores the most goals between the first semifinal game today and the second on Sunday will earn the right to participate in the RAPL finals.

Shaheen Asmayee entered today’s match struggling to score goals despite their tremendous pool of talent, which includes four players from the Afghanistan National Team.  A product of what appeared to poor team chemistry, they managed only four goals in their three group stage games.  But Toofan Harirod, themselves boasting six National Team players, also recently displayed some vulnerability.  They gave up three second-half goals in a tie with fellow semifinalist Simorgh Alborz in their last group stage game, the first time they dropped points in two years of competition.

The first half opened well for the defending champions.  In the 12th minute, a Toofan Harirod midfielder played a picture-perfect bending ball behind the Shaheen Asmayee defensive line.  Forward Ghulamraza Yaqoobi (#17) ran on to it, taking a soft touch with his right foot before striking a shot from 12 meters off the left post and into the goal.  Shaheen Asmayee goalkeeper Hameed Yousafzai (#22) looked on helplessly as Toofan Harirod ran to their bench to celebrate with Head Coach Sayed Moheen Hamadi.

The best chance for Shaheen Asmayee to equalize in the first half came only five minutes later when midfielder Mustafa Hashimi (#6) played a deceptive through pass to forward Amrudeen Sharifi (#11).  Sharifi had ample space on the right side of the box but rushed his shot and pulled it well left of the goal.  Despite managing the better of first-half possession, Shaheen Asmayee saw their scoring woes continue.  The half time whistle blew with the game at 1-0.

The second half opened where the first left off.  Shaheen Asmayee mounted increasing pressure throughout the second half of play but were not able to make the final pass that freed up a striker in front of goal.  Following some majestic dribbling in the 58th minute, Zainudin Sharifi (#9) nailed a shot from 20 meters that Toofan Harirod goalkeeper Yama Yahyazada (#21) barely parried over the crossbar.  In the 78th minute, lanky Shaheen Asmayee defender Said Mohammad (#16) headed a ball toward goal off of a corner kick that Yahyazada was likewise fortunate to save.

But it wasn’t until second half stoppage time that Shaheen Asmayee’s frustration turned into a nightmare.  In the 91st minute, Toofan Harirod forward Hameed Karimi (#11) ran unto a through pass and reached the ball before Yousafzai.  Karimi cut right, causing Yousafzai to clip Karimi’s legs while trying to make the save.  Karimi went tumbling down and the referee called a penalty kick.  Karimi wasted no time in dispatching the ball to Yousafzai’s left, putting his team up 2-0 right before the final whistle.