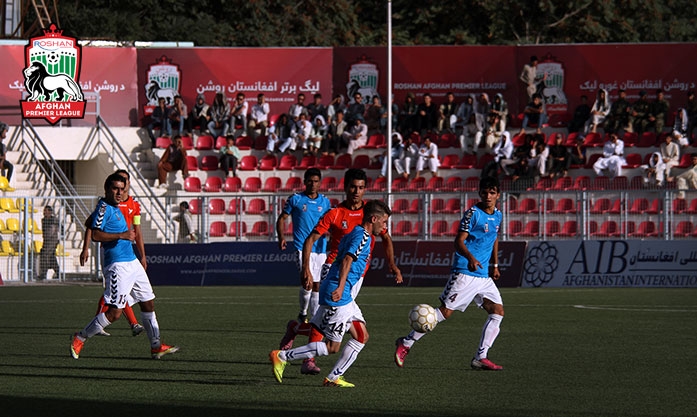 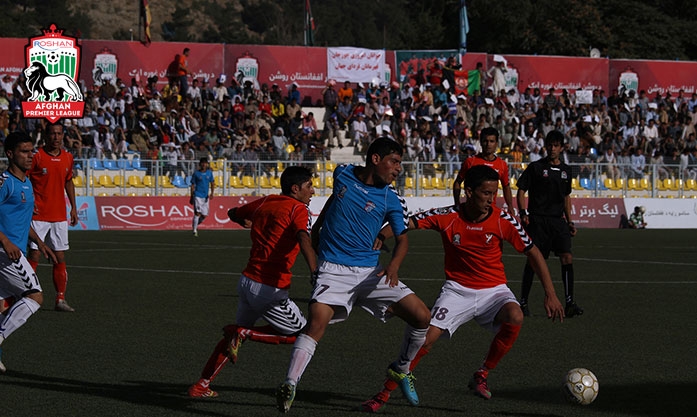 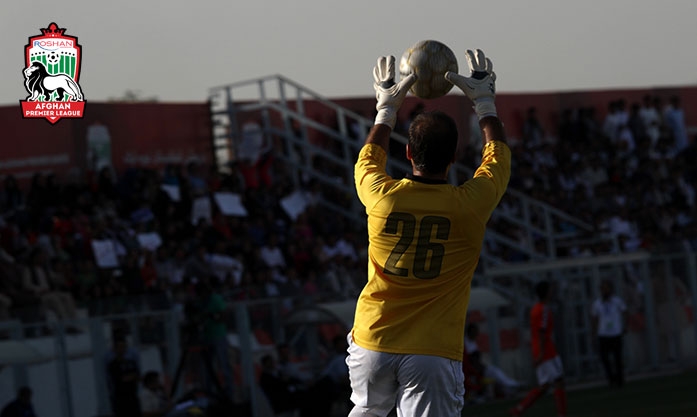 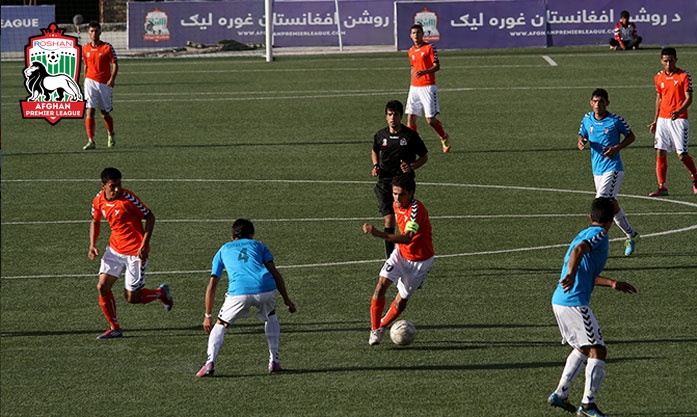 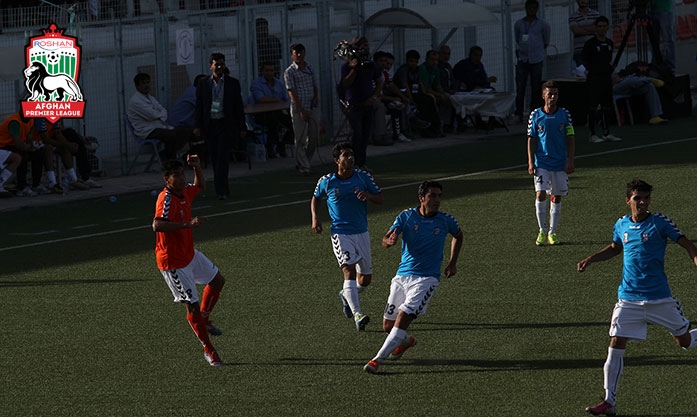 In a rematch of last year’s RAPL final, Simorgh Alborz faced Toofan Harirod in the third and final group stage game for each team.  A win for Simorgh Alborz would not only avenge last year’s 2-1 defeat in the finals, but would secure the #1 seed from Group A for the semifinals.  A loss, on the other hand, could mean the end of their season pending the results of Mawjhai Amu’s final group stage match next weekend.  Toofan Harirod, sitting on 6 points and therefore already qualified for the semifinals, needed a tie or better to secure the #1 seed.

Right from the opening kick-off, Toofan Harirod demonstrated they were playing to win.  They generated a dangerous chance only 22 seconds into the game and kept Simorgh Alborz goalkeeper Hakmatullah Muradi (#1) continuously busy thereafter.

A series of corner kicks and aggressive attacking softened the Simorgh Alborz defense to the point that, in the 15th minute, Simorgh Alborz conceded their first goal.  Toofan Harirod left midfielder and National Team star Maroof Mohammadi (#14) was not closed down when he received the ball on the top of the box.  He had time to take a touch to his right before calmly passing the ball into the lower right corner of the goal.

Only four minutes later, Toofan Harirod notched another score when Nasir Halimi (#3) lobbed a ball forward to a streaking Hamidullah Karimi (#11).  Karimi beat goalkeeper Muradi in a footrace to the ball, at which point he took a simple touch around Muradi and finished on an empty net.

The Toofan Harirod defense looked solid the rest of the half and led their team into the locker room at halftime with what seemed to be a comfortable 2-0 lead.

The second half wasn’t to go nearly as smoothly.  Despite remaining in a 4-4-2 formation for the duration of the second half, the Simorgh Alborz attack looked lethal.  In the 55th minute, captain Muniralhaq Nadeem (#10) fed the ball forward to Fayaz Azizi (#11), who was able to knock it over the head of charging goalkeeper Farzan Ibrahimi (#26) and into the goal.  Simorgh Alborz was back in the game, now at 2-1.

The hearts of Simorgh Alborz’s fans sank momentarily in the 69th minute when Toofan Harirod’s Karimi scored his second and his team’s third goal in a relaxed fashion off of a cross from the right side of the box.

Yet all the anxiety paid off for the Simorgh Alborz fans when, in back-to-back goals in the 75th and 78th minutes, their team leveled the game at 3-3.  Simorgh Alborz’s second goal came off of a corner kick, which was served to the far post and then headed back in front of the goal where midfielder Mustafa Razai (#8) was prowling.  Razai whipped his body around and struck the ball while horizontal.  His scissors kick succeeded when his team needed it most.  The equalizer then came three minutes later when Azizi won the ball near midfield, dribbled forward while fending off a defender, and struck a beauty into the upper right corner of the goal.

Bolstered by a miracle save off Muradi’s face in the 85th minute, Simorgh Alborz managed to hang on to the 3-3 tie.  The result is positive for both teams.  Toofan Harirod will be the top seed from Group A in the semifinals, while Simorgh Alborz has secured the #2 position.  The unfortunate Mawjhai Amu team, who many RAPL players thought was one of the best sides in the tournament, will now be playing only for pride next Friday against a weak De Spinghar Bazan.

You can match the full match video here: