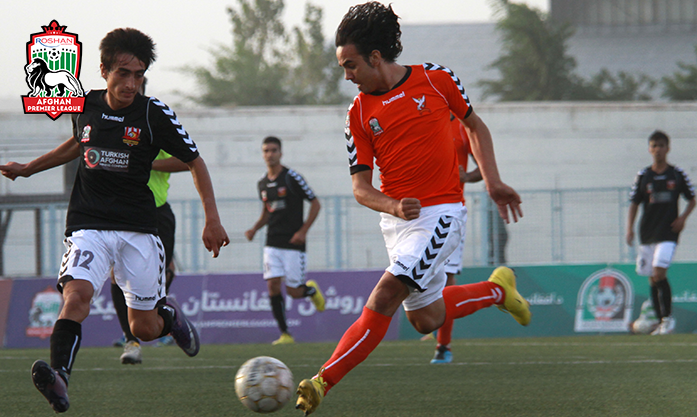 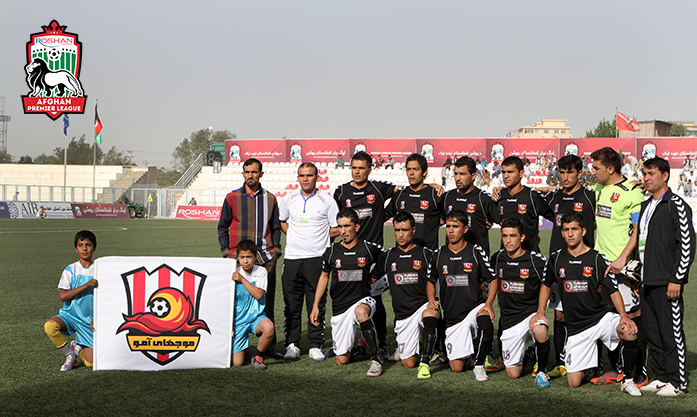 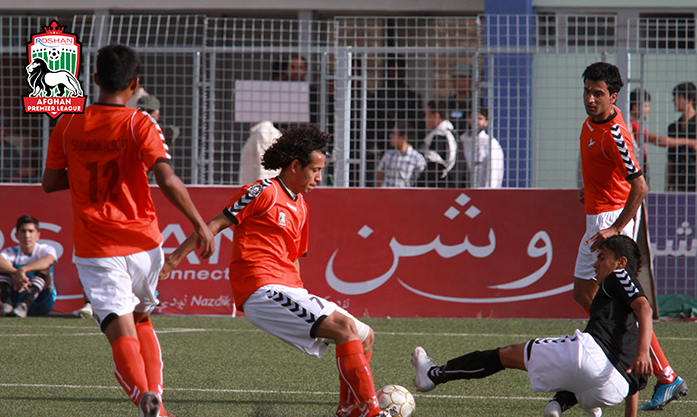 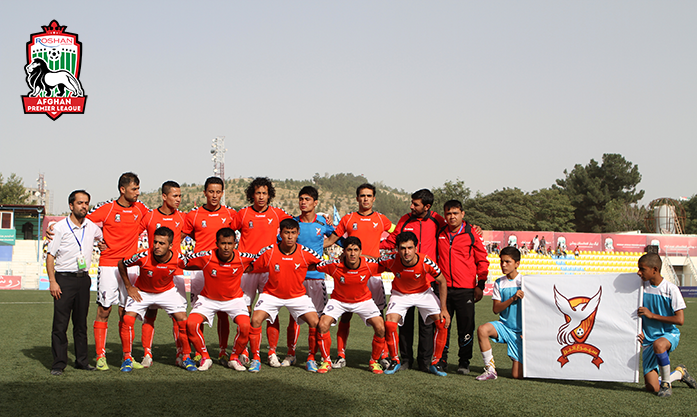 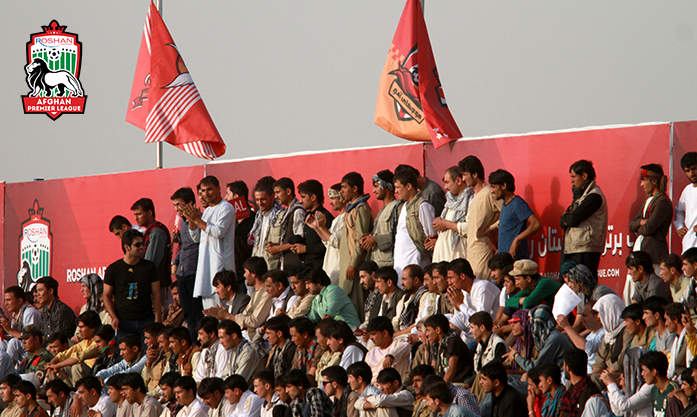 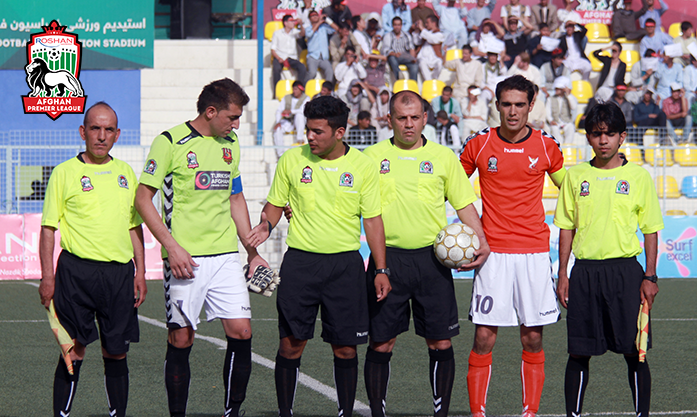 Simorgh Alborz and Mawjhai Amu settle for a 2-2 draw

The story of Simorgh Alborz, last year’s RAPL runner-ups, is encouraging evidence that the RAPL is accomplishing its goal of identifying players from around the country to play for the Afghanistan National Team.  Three Simorgh Alborz players—Mustafa Razai (#8), Fayaz Azizi (#11), and captain Munir Nadeem (#10)—have all gotten runs with the National Team based on their performance last year.

In the days leading up to the fixture, players from both teams predicted victory for their side by a two-goal margin.  Something had to give.

Despite an early chance for Simorgh Alborz on a header six yards out from net, which Mawjhai Amu goalkeeper Hizbullah Bashti (#1) saved in a split-second reaction, it was the Mawjhai Amu midfield that put on a clinic in the first 20 minutes of play.  Via a series of perfectly weighted through passes, the Mawjhai Amu attackers had three dangerous chances on goal in the first quarter of the game.  But they were not able to capitalize.

Simorgh Alborz made them pay for the missed opportunities.  In the 21st minute, a Simorgh Alborz through pass slotted between two Mawjhai Amu defenders found Sayed Obaid Habibi (#17) open on the left side of the box.  He took a couple touches before rolling a shot across goal, where it dinked off the post on its way into the net.  Simorgh Alborz led 1-0.

But it took Mawjhai Amu just ten minutes to equalize.  A beautiful buildup down the left flank ended with a picture-perfect left-footed cross from Qismat Ahmadi, the aspiring Christiano Ronaldo introduced yesterday (wearing #18 today, not #7).  His cross found Qais Hakimi (#3) waiting eight yards out from net, where he powered a header past helpless Simorgh Alborz goalkeeper Hassan Koshani (#21).

The second half opened with another disappointment for Mawjhai Amu.  In the 49th minute, a Simorgh Alborz long ball from behind midfield found Fayaz Azizi (#11) streaking into the box past a disorganized Mawjhai Amu defense.  Azizi was able to flick the ball over an empty-handed Bashti into the goal, much to the crowd’s chagrin.

Mawjhai Amu applied increasingly high pressure throughout the remainder of the game, which led to a back-and-forth rhythm of play.  Mawjhai Amu routinely sent six players into the attack.  When they lost the ball, however, a flood of Simorgh Alborz players would come rushing back in the opposite direction.  Both sides had near misses, including a Mawjhai Amu half-volley over Simorgh Alborz’s goalkeeper Koshani that missed the left post by less than a meter in the 80th minute.

In the 83rd minute, from a buildup that again included Mawjhai Amu’s Ahmadi, Simorgh Alborz’s center back brought down striker Ahmad Nasir (#9) in the box.  Mawjhai Amu was awarded a penalty kick when they needed it most.  Nasirstepped to the spot and hit the ball right down the middle.  Despite getting a foot to the shot, Koshani could not stop it.

And that is how the game finished: in a 2-2 draw.  Both sides will be happy with a result at the same time they acknowledge a handful of missed opportunities that could have been decisive.