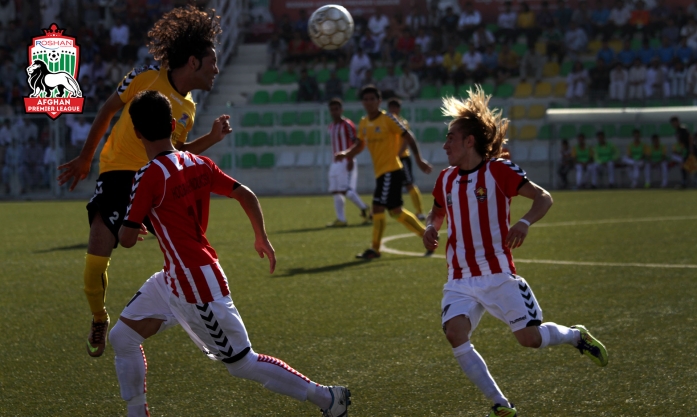 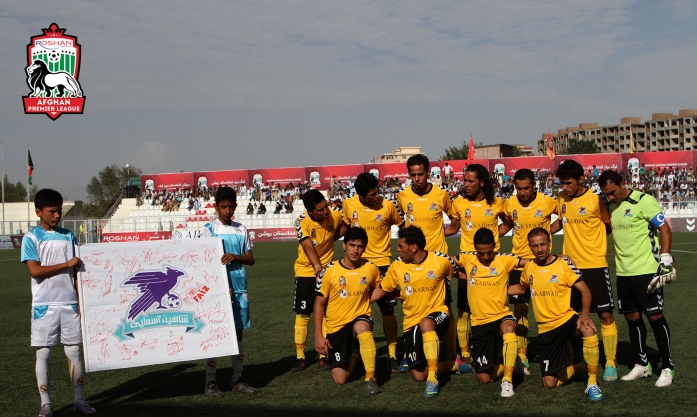 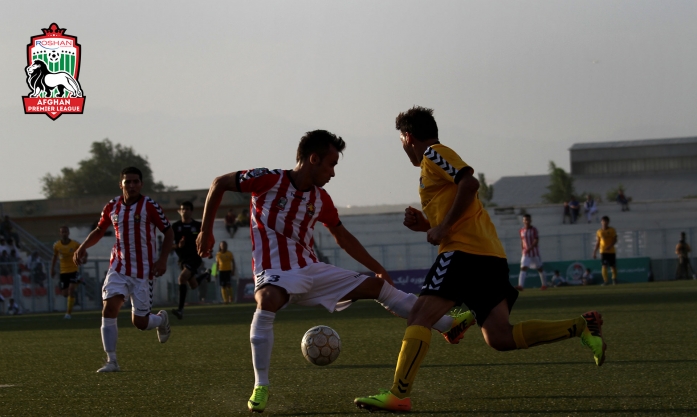 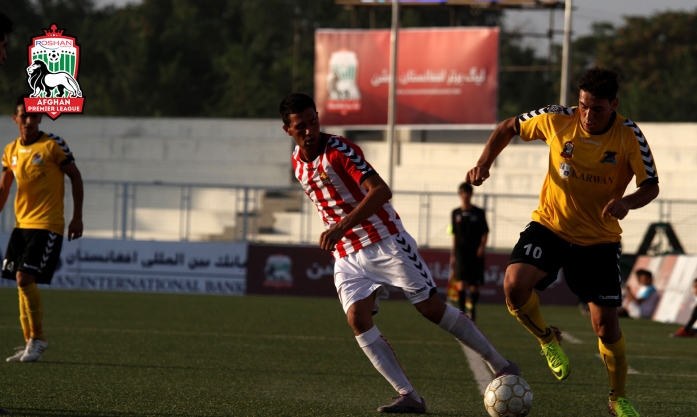 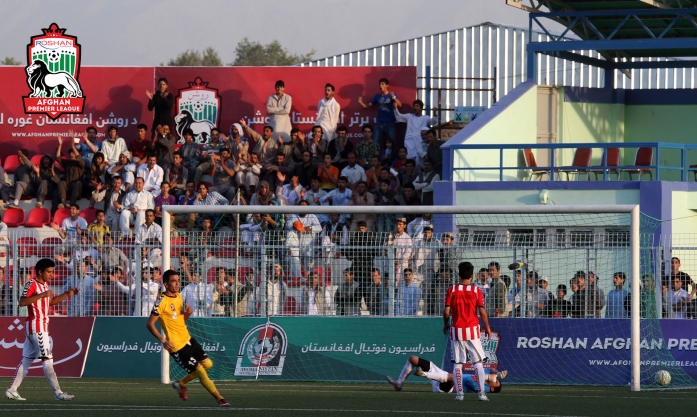 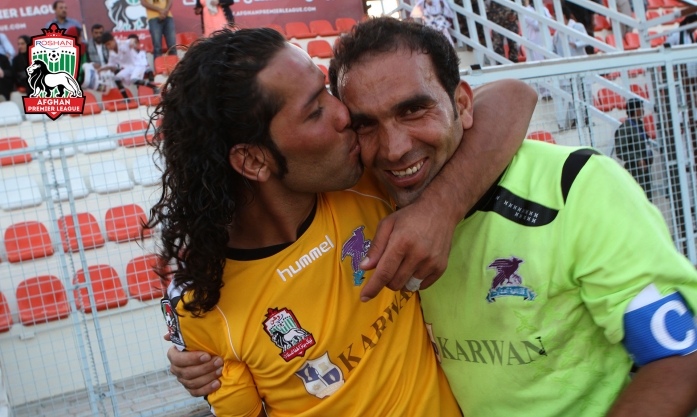 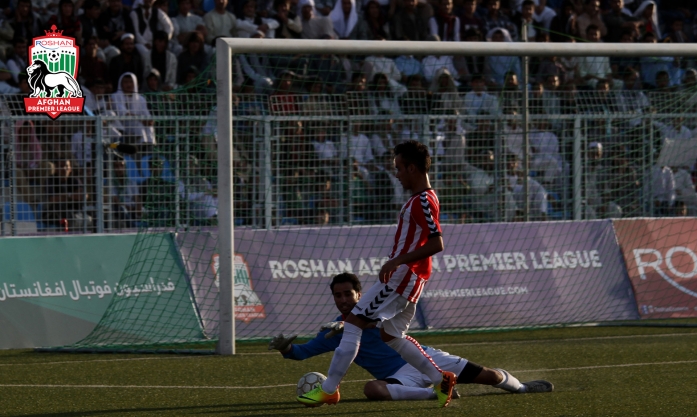 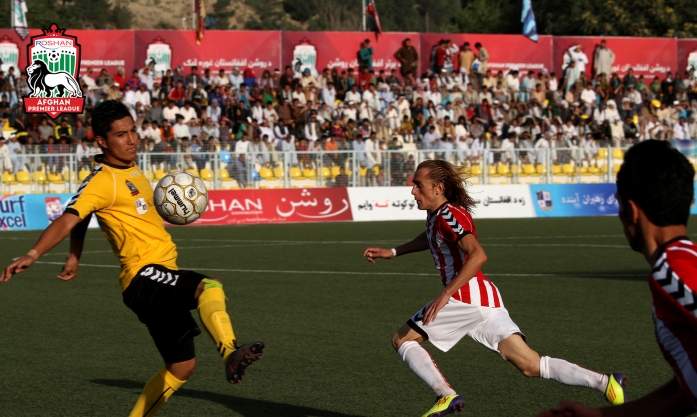 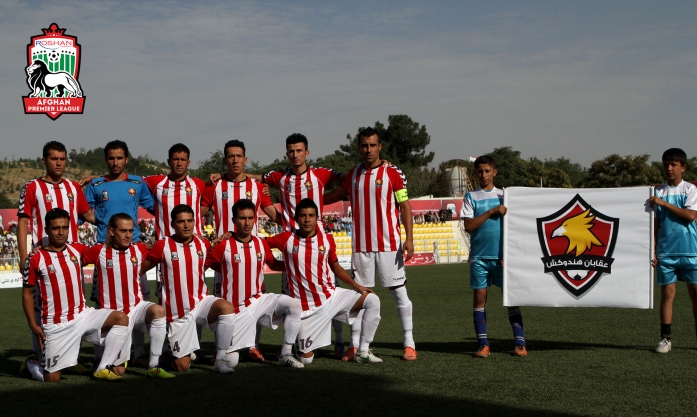 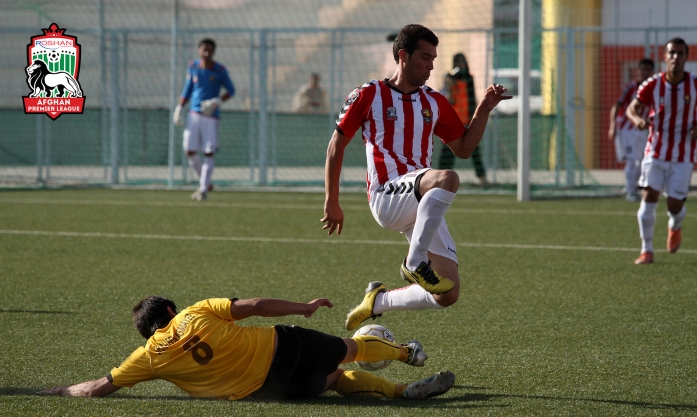 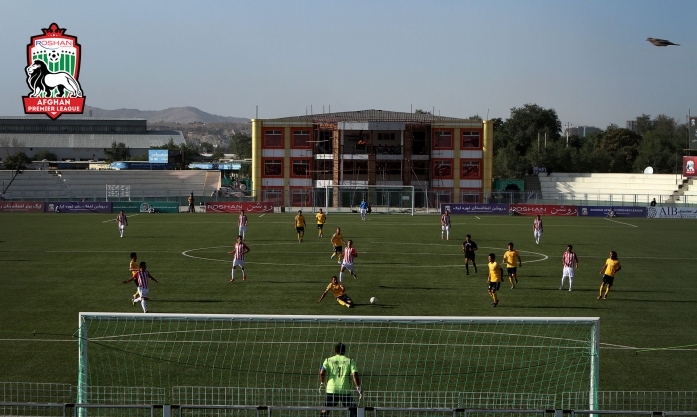 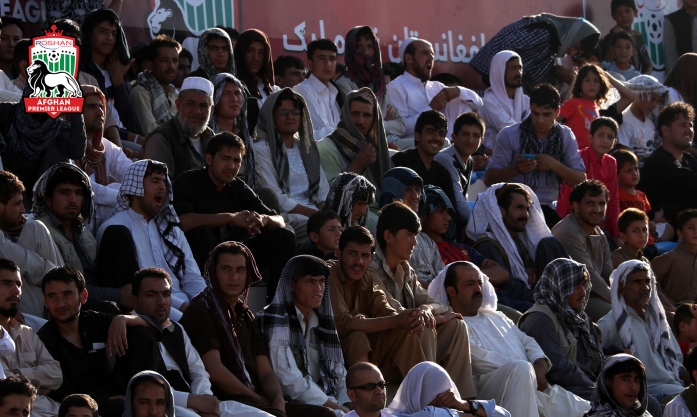 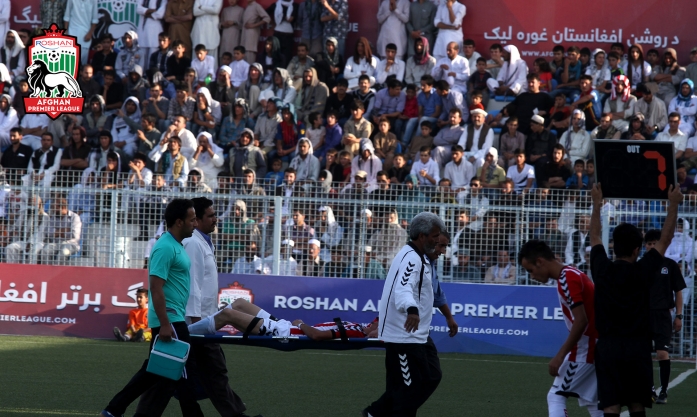 Shaheen Asmayee introduced a heavy-hitting starting line-up—their goalkeeper, three of four defenders, and a couple attacking players all play for Afghanistan’s National Team—and they enter the 2013 Roshan Afghan Premier League (RAPL) season as the early favorites to win the championship. Yet Oqaban Hindukosh boasts some high profile members of their own, not least of whom is their coach, Elyas Manochehr, who has spent significant time on the coaching staff of the National Team.

Despite the fact that this was the first match of the 2013 RAPL season for each team, nerves did not seem to factor into the first half. After conceding some early corner kicks, Oqaban Hindukosh began peppering Shaheen Asmayee’s goalkeeper Hameed Yousafzai with a series of long range shots, creating a particularly dangerous scoring chance in the 27th minute off a cross from the left flank. Yousafzai rose to the challenge, but it was clear from early on that the young men representing central Afghanistan were not intimidated by their Kabul counterparts.

Still, Shaheen Asmayee began to dictate the pace of play late in the first half. Their steady tempo paid off in the 40th minute when, following a poor clearance from Oqaban Hindukosh’s backline, Shaheen Asmayee’s forward Amruddin Sharifi made a streaking run with the ball into the box, which he finished by hitting a low left-footed drive in the lower right hand corner of the goal. Shaheen Asmayee entered halftime with a 1-0 lead.

The sides looked evenly matched for the first portion of the second half, but it was again Shaheen Asmayee’s skill that shone through first. After being awarded a free kick 45 yards out from goal in the 53rd minute, Shaheen Asmayee’s free kick specialist chipped the ball to forward Hashmat Barakzai on the left side of the goal. Barakzai calmly settled the ball before hammering it home low and hard for his team’s second goal of the game.

Each team exchanged scoring chances in a back-and-forth half until Oqaban Hindukosh’s persistence finally paid off in the 88th minute. An Oqaban Hindukosh corner kick from the right side of the goal was played short, where central defender Farhad Totakhil managed a delicate one-touch flick that barely snuck under the crossbar. The Afghanistan Football Federation Stadium buzzed as Oqaban Hindukosh were suddenly back in the match.

But just two minutes later, Barakzai responded for Shaheen Asmayee. Sharifi won a free kick 20 yards out on the left side of the goal, which Barakzai opted to take. He lined up the shot with the glare of a true finisher and promptly curled the shot home past a diving Obaqan Hindukosh goalkeeper to the far post.

It was a dramatic finish to a well-fought game. Kabul’s Shaheen Asmayee goes home with the 3-1 victory tonight, but central Afghanistan’s Oqaban Hindukosh should also be encouraged by their performance. We may be seeing both sides in the 2013 RAPL playoffs before long.