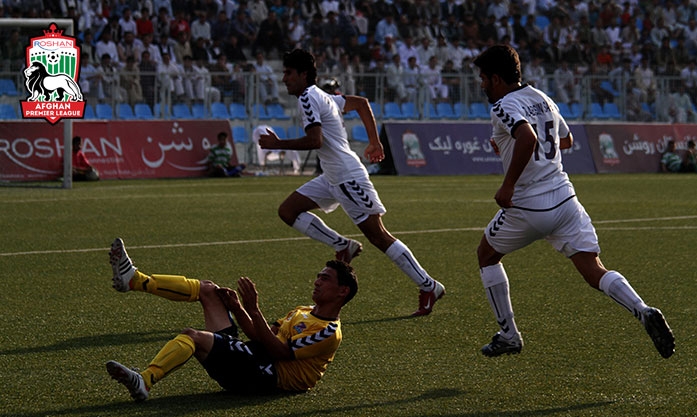 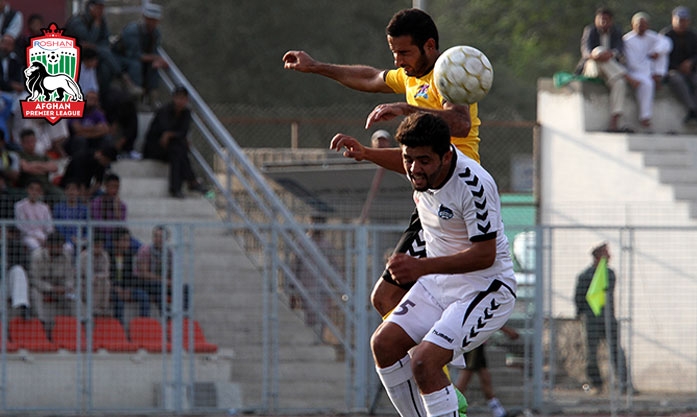 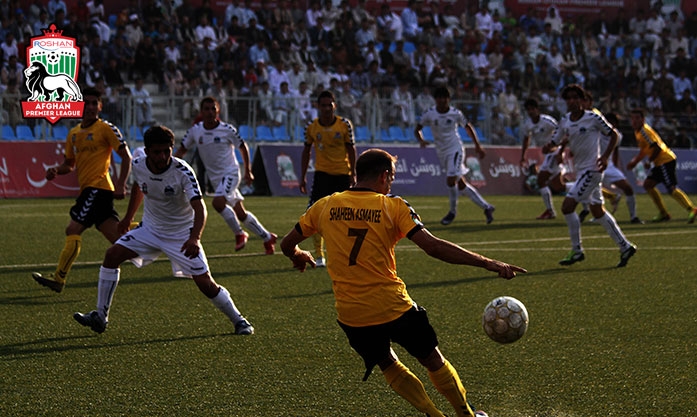 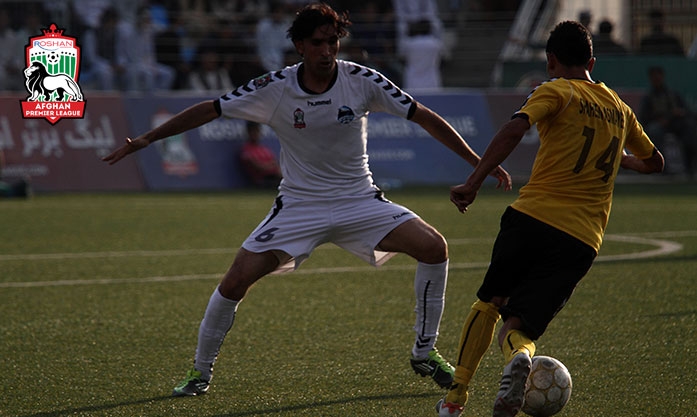 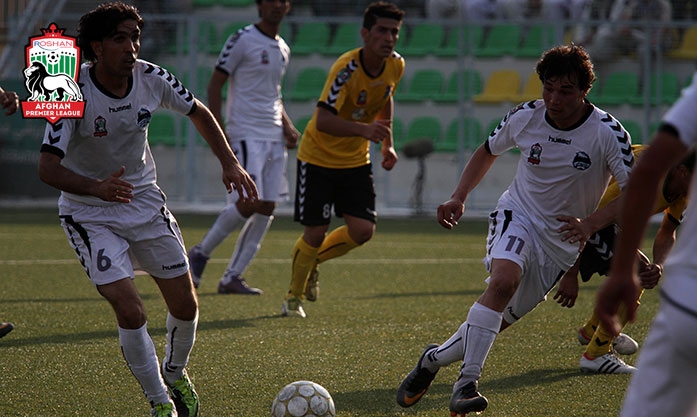 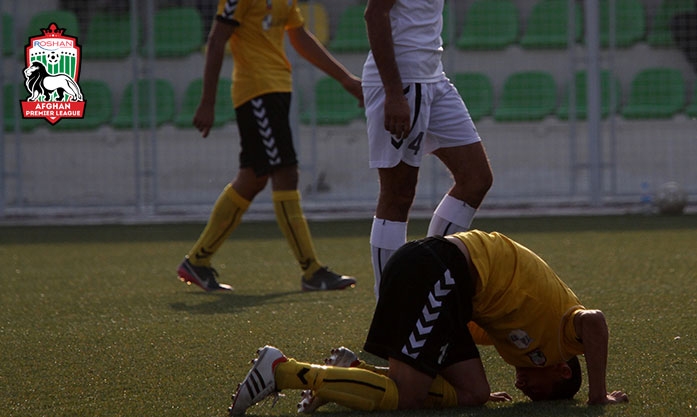 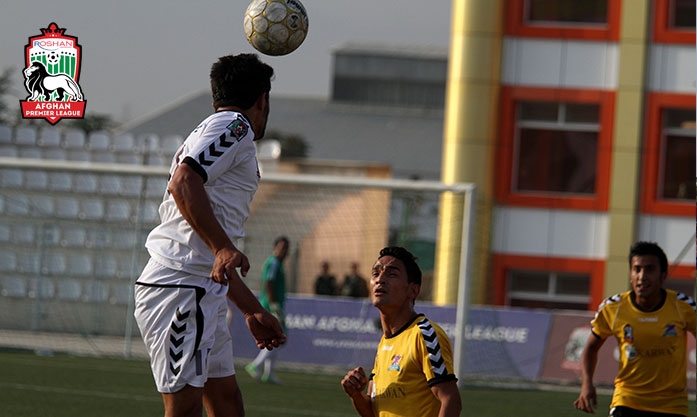 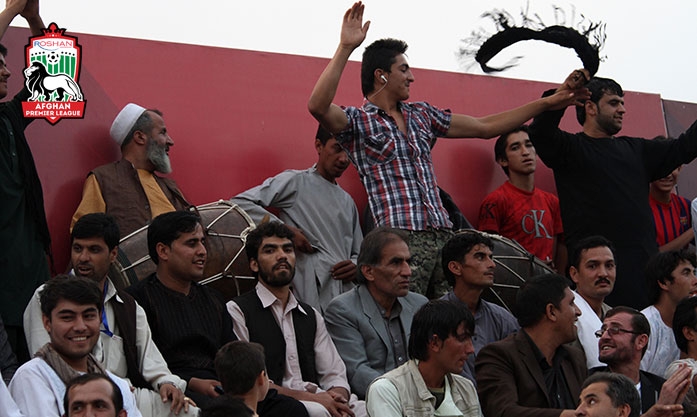 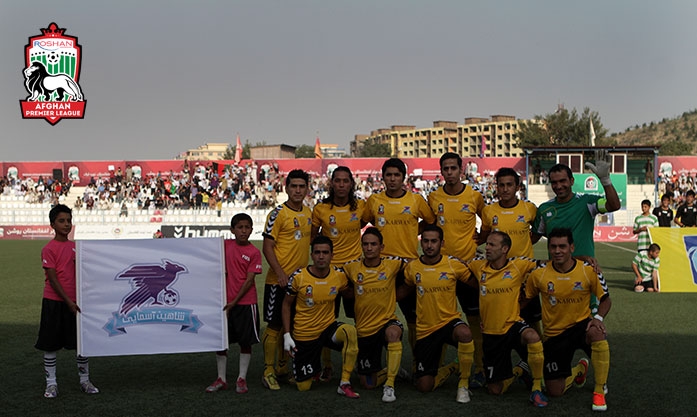 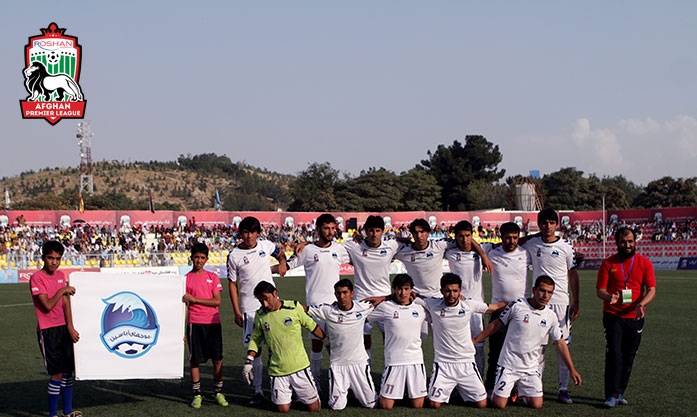 The last game of the 2013 RAPL regular season pitted Kabul’s ShaheenAsmayee against the Southeast’s De Abasin Sape.  The winner would book a trip to the semifinals.  The loser would have to pack their bags and return home.  In the event of a tie, Shaheen Asmayee would join Oqaban Hindukosh as the representatives from Gorup B in the semifinals.

Shaheen Asmayee, featuring four players from the National Team, were heavily favored entering the match.  However, De Abasin Sape already upset De Maiwand Atalan in their opening match of the season and had the firepower to do the same to Shaheen Asmayee today.

The first chance of the game fell to Shaheen Asmayee’s dynamic Hashmat Barakzai (#10), who in the 7th minute collected a pass six meters from goal following a cross from the right side.  His shot was stuffed by the De Abasin Sape defense, however, and goalkeeper Bashir Darman (#1) collected it easily.

Ten minutes later, De Abasin Sape leading goal scorer Hasmatullah Ghaznawi (#11) created space for himself with a smart run on the right side of the box.  His shot zipped to the left corner, but goalkeeper Hameed Yousaf zai (#1) got enough fingers on the ball to deflect it just wide.

That chance proved to be De Abasin Sape’s best of the half.  For the remaining half hour, Shaheen Asmayee peppered Darman with shots from all angles.  But to no avail.  Zainudeen Sharifi (#11) had a one-on-one opportunity with Darman in the 32nd minute, which he pushed wide.  This was fairly representative of Shaheen Asmayee’s first half, which finished without a goal scored for either side.

The second half, however, opened with a bang.  Only 7 minutes into the half, Shaheen Asmayee’s Sayed Maqsood Hashimi (#7) fed a beautiful cross to Barakzai, whose first touch was a right-footed drive to the lower left corner of the goal.  Darman was helpless to save the perfectly placed shot, and Barakzai ran to the crowd in celebration.

A combination of high Shaheen Asmayee pressure and superior skill ensured that De Abasin Sape never got a chance to work their way back into the game.  Although Shaheen Asmayee’s attackers lacked composure around goal—they frequently sent shots soaring into the crowd or wide of target—their work rate in the attacking third was relentless.  The game settled into a rhythm: Shaheen Asmayee would shoot, miss, win back the ball, and try again.  And so the game anticlimactically expired.  De Abasin Sape forward Mohammad Arif Yousafzai’s (#7) miss from 12 meters in the 90th minute summed up De Abasin Sape’s day.