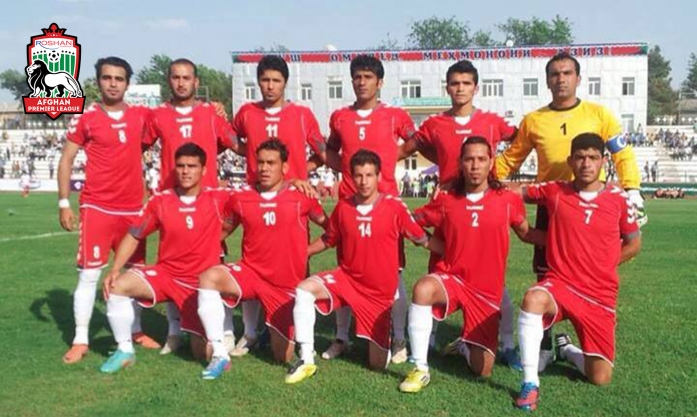 In the summer of 1976, tens of thousands of people gathered in the area surrounding Kabul’s historic Ghazi Stadium and Chaman-e-Hozory to celebrate Jashen, a festival commemorating the anniversary of the Republic of Afghanistan. The crowds were entertained by musicians from all over Central and South Asia, military parades that attracted the likes of President Daud Khan, and “clubs” set up by the government ministries to enjoy food and art.

One of the centerpieces of the week-long festival was the football competition. In years past, the most famous football clubs from Iran, Pakistan, India, Turkey, and formerly Soviet-controlled Tajikistan had traveled to Kabul to compete in the Jashen Football Tournament hosted in Ghazi Stadium. These matches would regularly attract 20,000 spectators or more, with some fans forced to sit on the track immediately surrounding the field because the stands were too full.

But in 1976, Afghanistan was welcoming an even more special guest: the national football team of Pakistan was coming to Kabul to compete against the Afghanistan national team.

Afghanistan’s team defeated Pakistan’s team 1-0 in a Ghazi Stadium that observers report maintained a respectful and peaceful atmosphere. President Daud Khan was so pleased that he greeted the teams on the field after the match and gave each of the Afghan athletes 5,000 Afghani (equivalent tothree months’ salary of a government employee). This was the first time the Afghan government had publicly acknowledged professional football players.