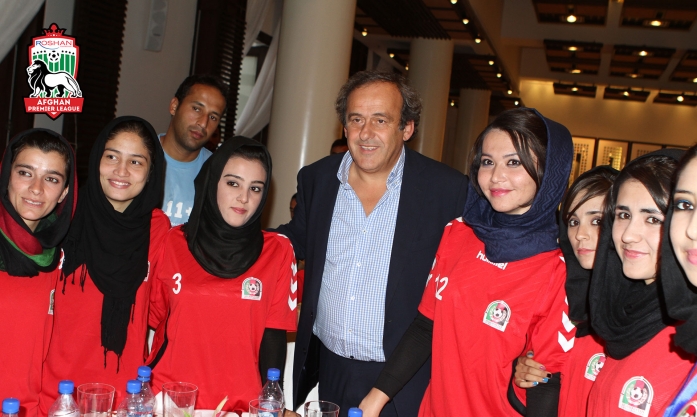 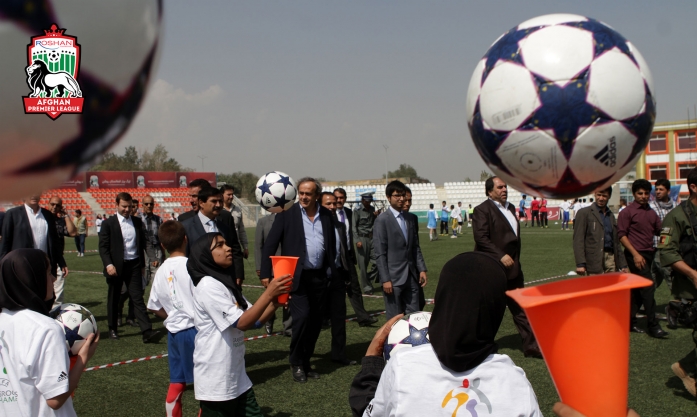 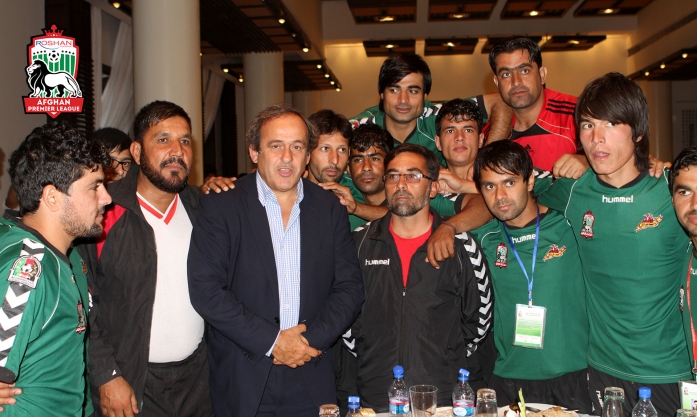 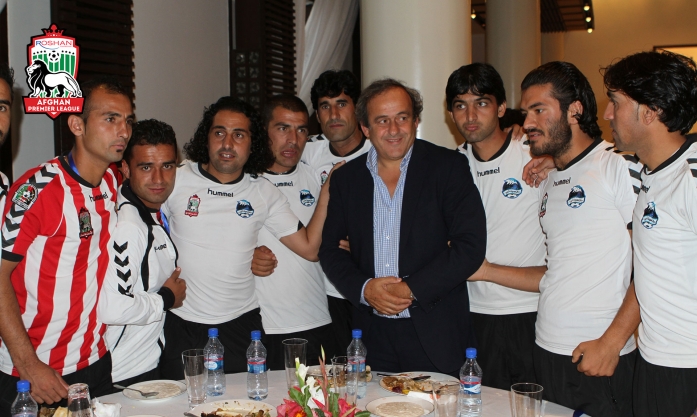 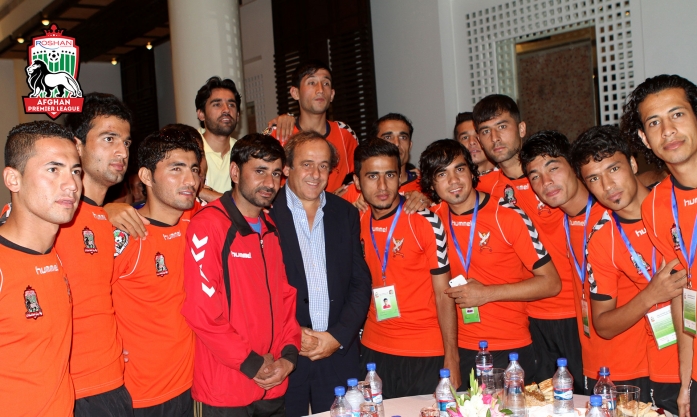 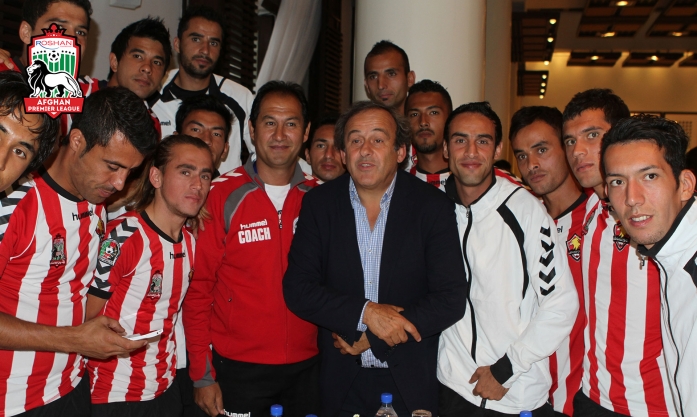 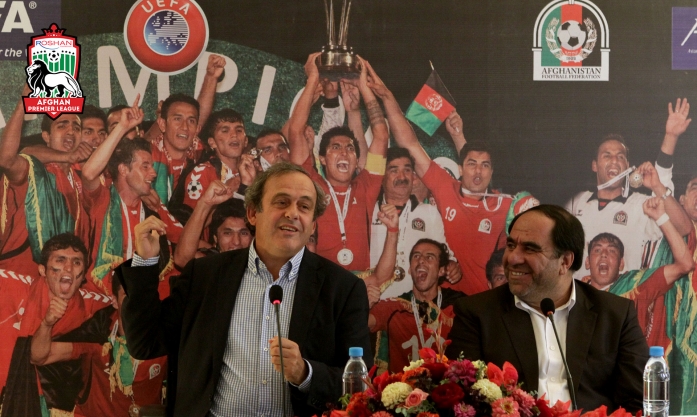 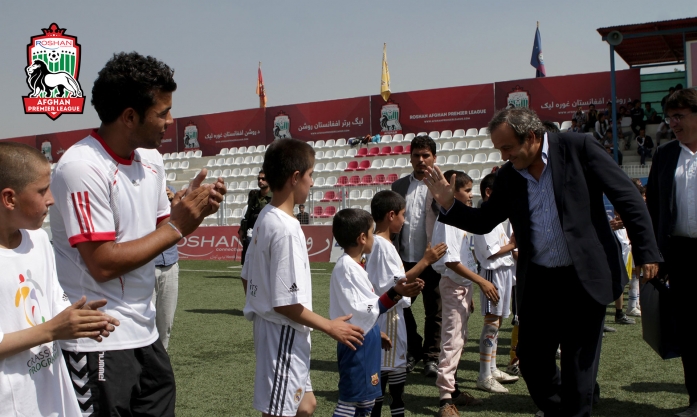 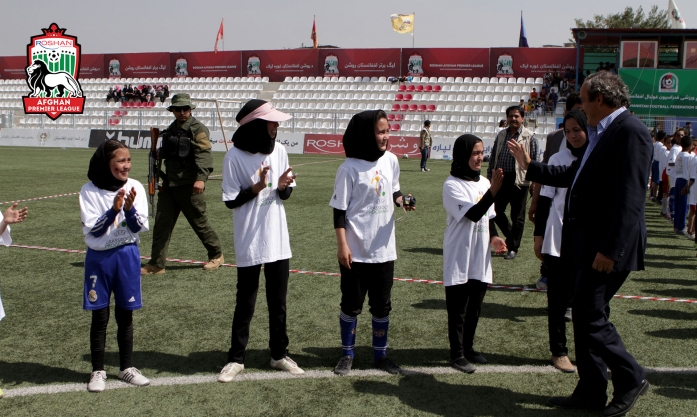 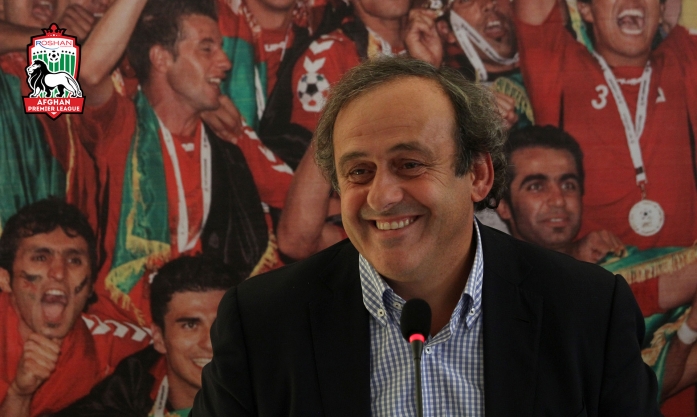 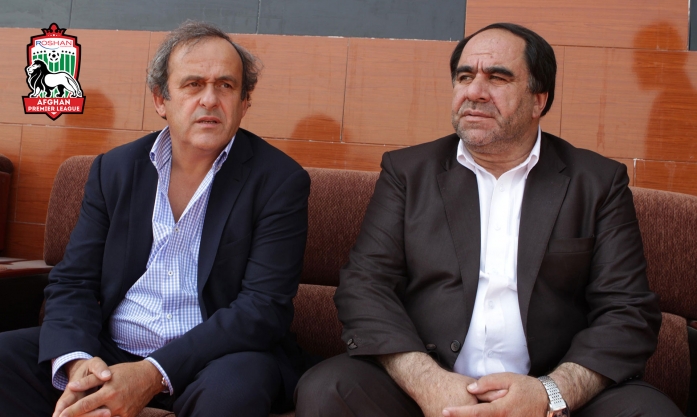 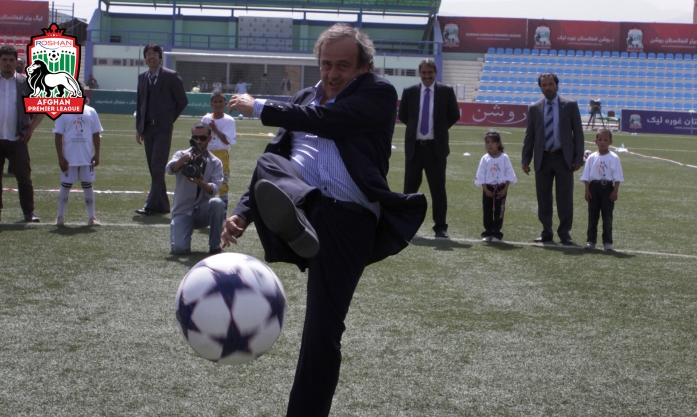 “I think it was time to come and pay respect to the [Afghanistan Football Federation]. I am very proud to be in Afghanistan,” said Mr. Platini at a press conference held at AFF Stadium attended by over 50 members of the press.

Referencing the type of support that UEFA can provide to the AFF, Mr. Platini explained, “We are not allowed to give money, but we are allowed… to help on the grassroots and with manyprograms that we can do, and we will be very proud to help Afghanistan.”  UEFA’s support to Afghanistan falls within the framework of a Memorandum of Understanding already in place between UEFA and the Asian Football Confederation (AFC).

During his visit, Mr. Platini greeted young footballers participating in a “Football Festival” at AFF Stadium, joined players of the Roshan Afghan Premier League (RAPL) for lunch, and met briefly with President Karzai.