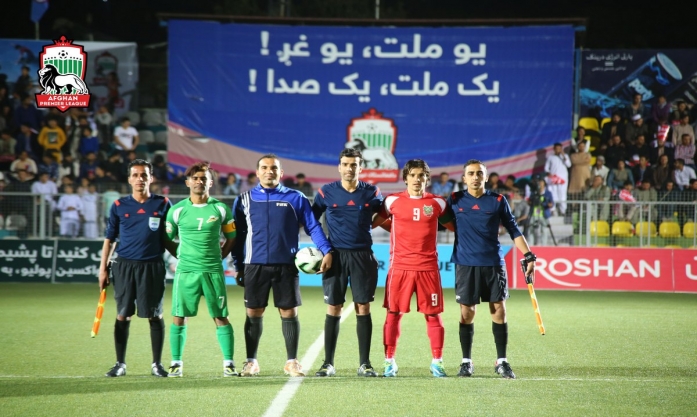 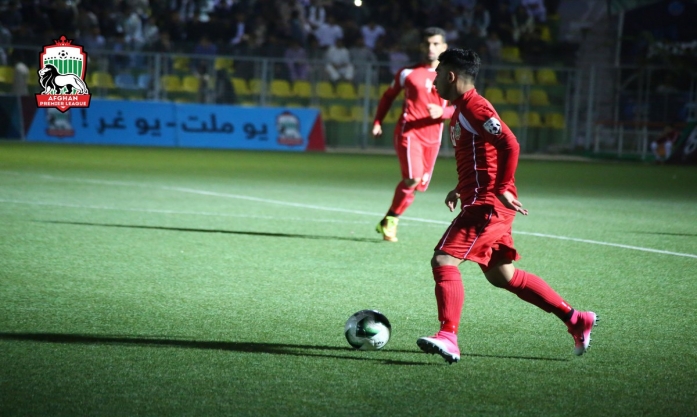 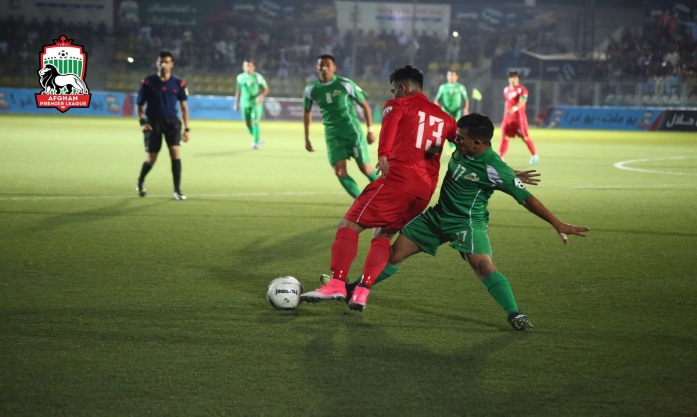 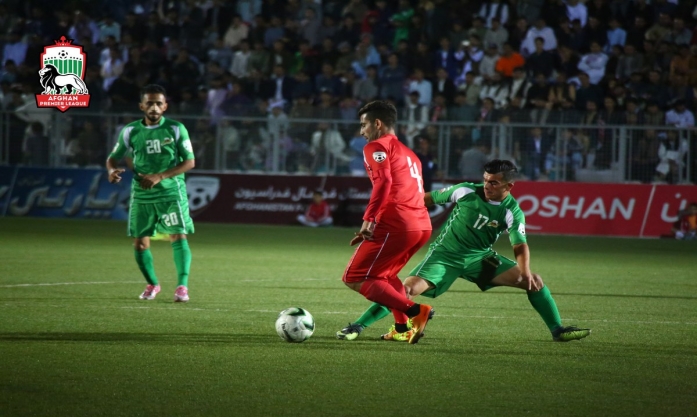 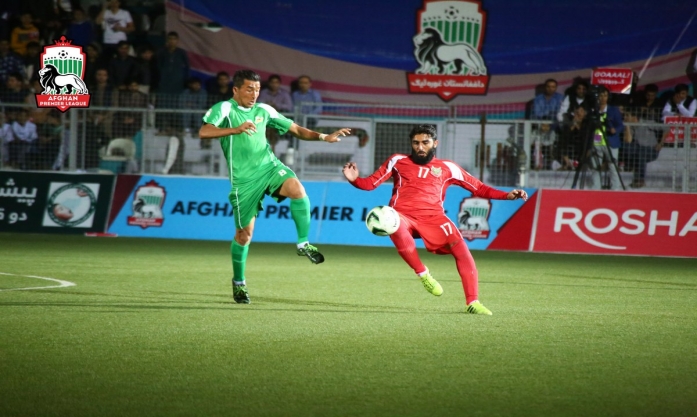 The first two-leg semi-finals match of De Maiwand Atalan and De Spinghar Bazan was kicked-off today, October 13, 2017 in the Afghanistan Football Federation (AFF) stadium. The second night match of the 2017 Afghan Premier League (APL) was cheered by thousands of fans. Atalan prosperously ended their first semi-finals match 2-0 to record a victory and pave their path to the final.

De Maiwand Atalan, the 2016 APL runners-up, kicked-off the pitch. No attempt was converted to an opener in the first 20 minutes. Atalan’s well-known strikers, Faiz Mohammad Faiz, grabbed the opener on 26 minutes to claim the lead through his accurate shot on goal. Passionate crowd pushed the home team to keep up the lead in the first-stoppage. Other strikes were deterred by the rival’s defender and talented goalie, Zohaib Aseel.

De Spinghar Bazan did not find any chance to put the ball in the back of Atalan’s net in the first-half. No breakthroughs were converted to an equalizer goal.

Atalan regained a degree of composure and enjoyed the majority of possession in the second-half too. Amrudin Sharifi doubled the lead on 61 minutes when he superbly converted his cross. Later, De Spinghar Bazan applied some pressure late in the second half, but no dreadful lapse in Atalan’s defence line was found. Bazan’s goalie, Zohaib Aseel reacted well to the threats and saved his bar several time.

Bazan ended their first two-leg semi-finals match with a capitulation and slumped to Atalan with 2-0.