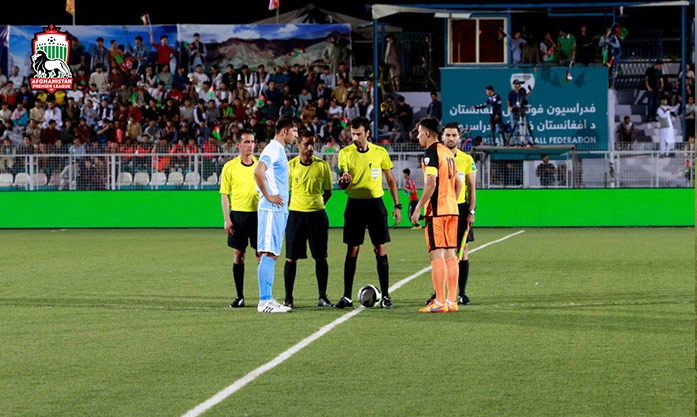 The 2019 Draw show results put both teams in Group (A) along with Mawjhai Amu and De Maiwand Atalan.

With two championships, Toofan Harirod has a good place in the history of Premier League competitions. In the final match of the seventh season, Toofan Harirod defeated its rival, Shaheen Asmayee, the three-time league champion, with a score of 1 - 0.

“The players are taking their regular training sessions in Kabul, and we are optimistic about winning the title again”. Said the Head couch of Toofan Harirod, Mohammad Yousuf Mohandis zada, He added,” Compared to last year, there is a noticeable change in team composition, with our young players, we will take the charge in the tournament.”

“We've made a lot of changes to the squad this year, with almost 50 percent of the changes. The players of Simorgh Alborz are motivated youngsters and will have a different beginning.” He added.

The APL 2019 inauguration ceremony, as well as the match between Simorgh Alborz and Toofan Harrirod will be broadcasted LIVE on TOLO TV and Lemar TV and simulcast on Arman FM, Arakozia FM.