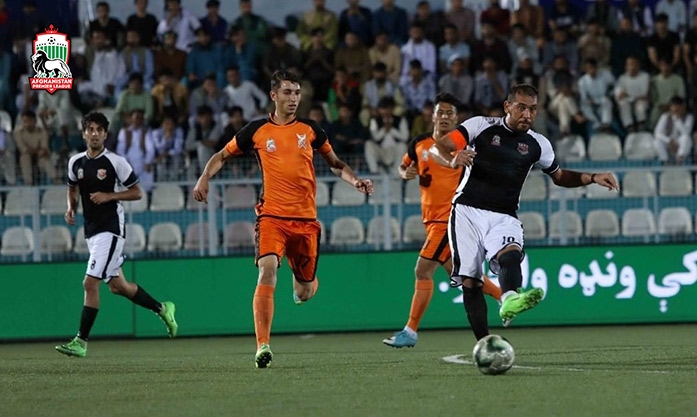 Simorgh Alborz qualified to the Semis, defeating Mawjhai Amu in a spectacular match

In the 11th match of group stage competitions of APL, season 8, Simorgh Alborz had a tremendous and vital victory against Mawjhai Amu, eliminating them from the tournament.

This was a vital battle for both teams, as the winner of the match would qualify for the semifinals, and the loser would go home.

Both teams started the game with high motivation, Simorgh Alborz Alborz missed few early chances, but finally, Nematullah Karimi converted a beautiful pass into a goal in the 10th minute of the match due to the mistake of the Mawjhai Amu’s defenders. Mawjhai Amu tried hard to compensate the goal in the first half, but they failed, and the first half ended 1-0 for Simorgh. The players went to their changing room for 15 minutes rest.

Mawjhai Amu started the 2nd half much better and took the possession of the ball, and created severe threats on the opponent’s goal but could finish them well. Considering their first goal, Simorgh Alborz overall played a defensive game to keep their superiority in the game. The rest of the game had everything interesting for the audience except any goal.

An absolute sensational game came to an end with a score of 1-0 for Simorgh Alborz, and Hassan Koshani, the goalkeeper of Simorgh Alborz, was chosen as man of the match for his best performance and brilliant saves.