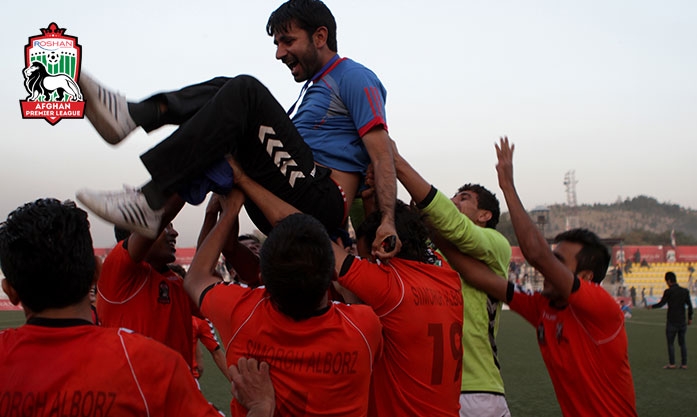 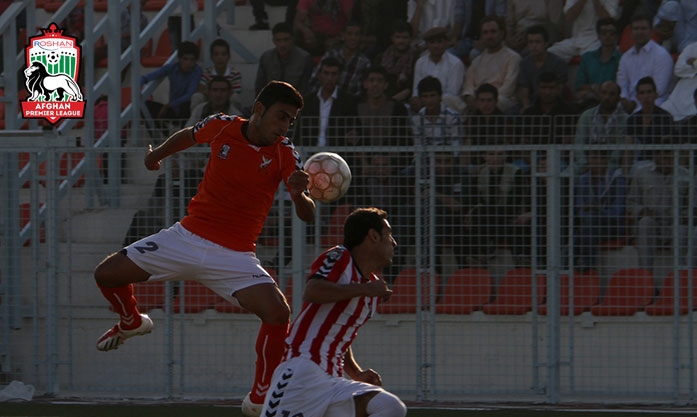 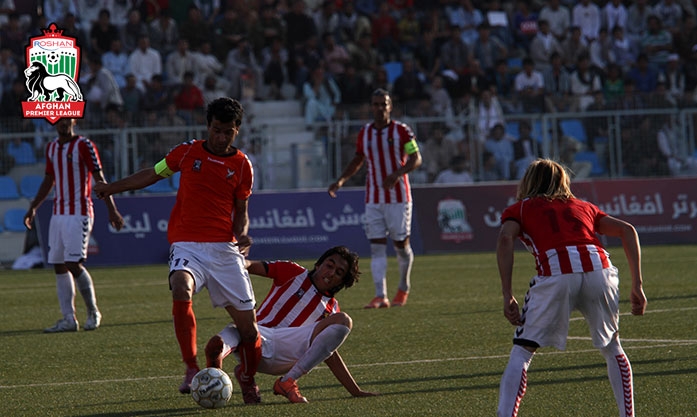 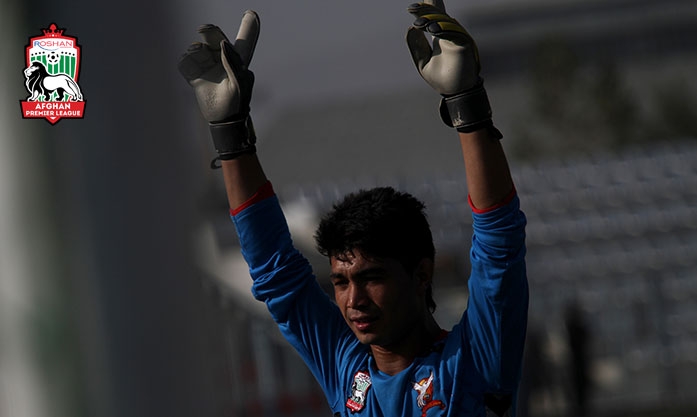 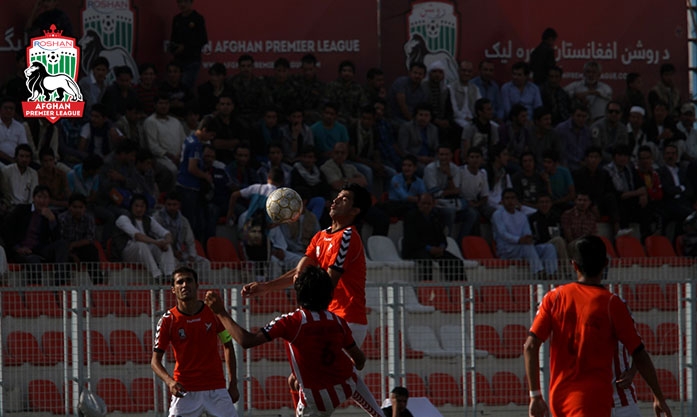 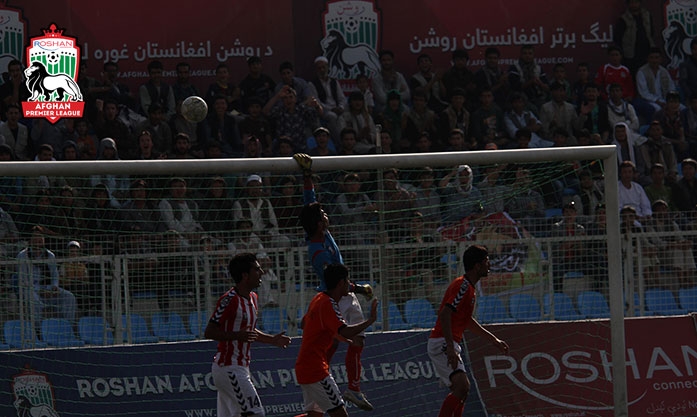 Oqaban Hindukosh entered the second leg of the 2013 RAPL semifinals with a one-goal cushion over Simorgh Alborz.  In the first leg, Oqaban Hindukosh forward Abdul Sabor Asir (#10) converted what many consider to be the best goal of the tournament.  In the 21st minute of play, he dribbled past five defenders before tucking his shot into the right corner of the goal.  Teammate Ezmary Solangi (#19) added a score in the 54th minute.  However,his team’s lead was halved in the 82nd minute when Fayaz Azizi (#11) of Simorgh Alborz finished a one-touch shot from 12 meters.

With the semifinals at 2-1 in favor of OqabanHindukosh, Simorgh Alborz needed a win in today’s game to advance to the finals or at least force extra time.

The first 20 minutes of the game were quiet for both teams, which of course favored OqabanHindukosh.  Oqaban Hindukosh didn’t create a chance until the 21st minute, when midfielder Mobin Rasooli’s (#6) modified bicycle kick went over the bar from 6 meters out.  Teammate Mohammad Anwar Akbari (#11) almost chipped Simorgh Alborz goalkeeper Hussain Koshani (#21) five minutes later, but his attempt went just wide.

In the 27th minute, however, the dynamic of the game changed.  Simorgh Alborz forward and leading goal-scorer Fayaz Azizi (#11) received a pass near the midfield line, which he carried diagonally to the top right of the box.  Then, in what was apparently a cross, he sent the ball lobbing across the face of goal.  To the surprise of Oqaban Hindukosh goalkeeper Ali JabeerLali (#1), the ball actually snuck under the bar and into the goal.  The semifinal was now at 2-2 on aggregate goals.

Azizi almost doubled the lead on the day in the 41st minute when he bent a free kick over the wall, but Oqaban Hindukosh goalkeeper Ali JabeerLali (#1) valiantly got a glove to the ball.

Just as in the first leg, OqabanHindukosh’s fiery EzmarySolangi (#19) opened up the action in the second half.  Substituted in for the second half, Solangi needed only nine minutes to score.  In fact, it was midfielder Jamshid Mohammadi (#14) who dribbled past a number of defenders and crossed the ball to the front of the goal.  But Solangi was in the right place at the right time, and he slammed the ball home from close range.

Disaster seemingly struck for Simorgh Alborz 15 minutes later when defender Baryalay earned a straight red card for clipping Solangi while the latter was already on the ground.  But Simorgh Alborz appeared to play better down a man, and in the 77th minute they struck again.  This time, Azizi fed the assist to midfielder Omid Nasib (#9) who was streaking behind the defense on the weak side.  Nasib dealt with the cross authoritatively, sticking the ball in the back of the net and leveling the aggregate score at 3-3.

The game stayed at this score line through 90 minutes, and the game headed to two additional 15-minute periods to decide the winner.

The first overtime period was thrilling.  Simorgh Alborz forward Umid Khatibzada (#15), who had been knocking on the door all day, hit the post from close range in the 97th minute.  Solangi earned his second yellow card of the game one minute later, meaning both sides were then playing with 10 men.  In the 102nd minute, Oqaban Hindukosh forward Asir (#10) also hit the post off a free kick from the top of the box.

The second overtime period started more quietly, reflecting the players’ exhaustion at playing so much extra time.  Yet the game was decided in the 119th minute, when Oqaban Hindukosh captain Farhad Totakhil (#5) handled the ball in the box.  It was pure bad luck for Totakhil, but the referee called a penalty kick for Simorgh Alborz nonetheless.  The trusty Azizi stepped to the spot and hit the ball home to the keeper’s right.  Thus the game ended in the most dramatic fashion possible.