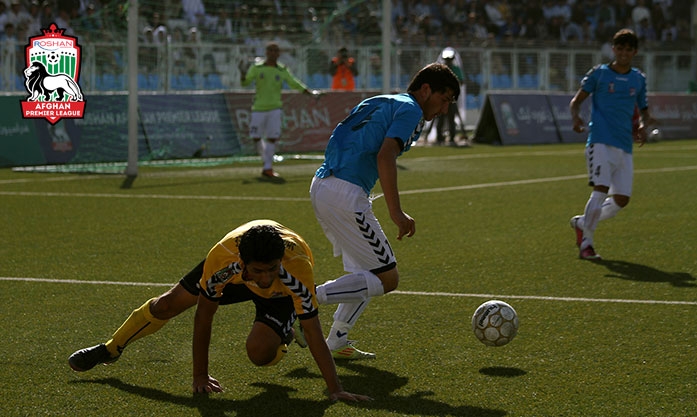 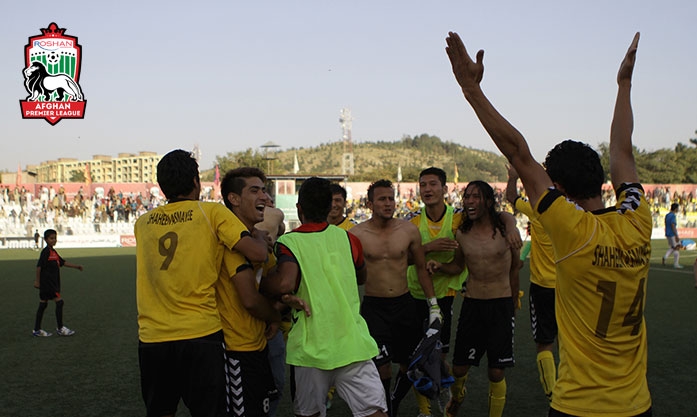 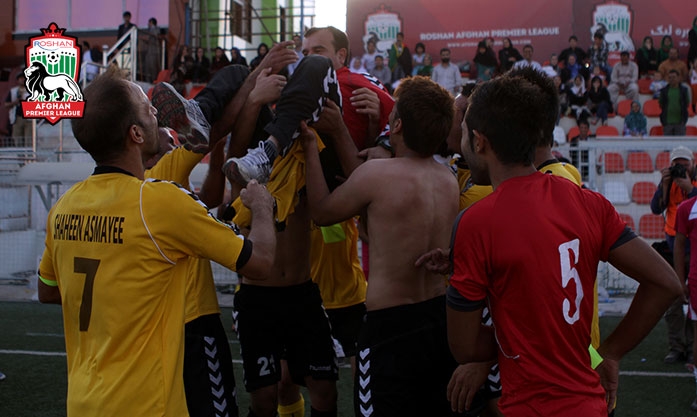 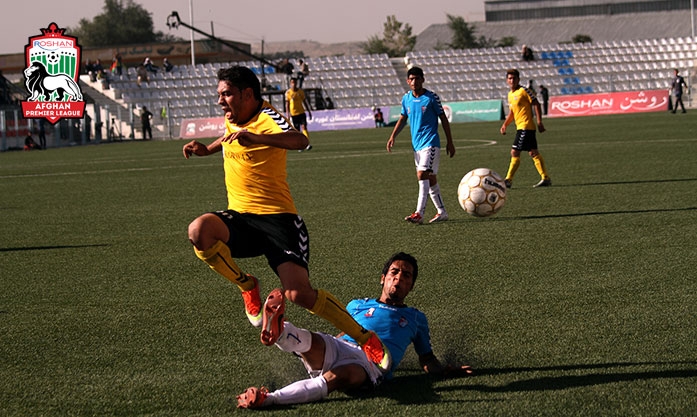 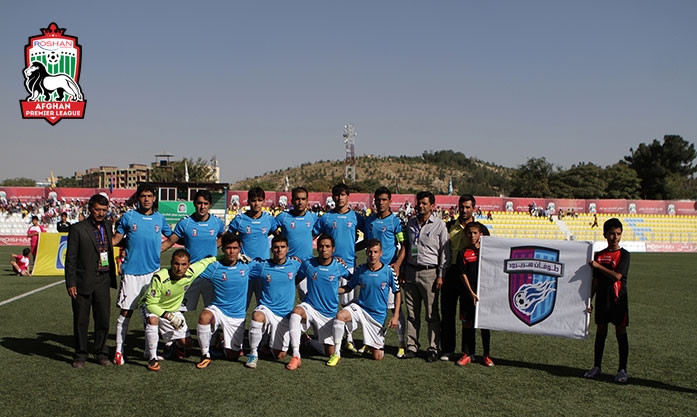 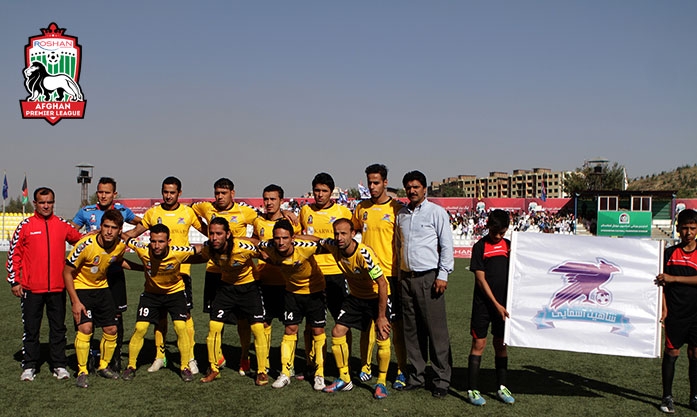 And that new team did show up today.  The first good chance of the game came in the 8th minute when Shaheen Asmayee’s Sami Mohammadi (#8) found space on the right side of the field to send a bending cross through the box.  Forward and the team’s leading goal scorer Hashmat Barakzai (#10) rose above the defense and slammed his header home.  His goal brought the semifinals to 2-1 on aggregate and was precisely the explosive start that Shaheen Asmayee needed.

For the remainder of the half, Toofan Harirod looked like they were playing on their heels.  Instead of attacking with their characteristic precision, they pushed forward only tentatively, afraid to lose their aggregate lead.  A terrible mistake by goalkeeper Yama Yahyazada in the 42nd minute made things worse.  What should have been a routine save became disastrous when Barakzai’s rolling shot from 18 meters sneaked under Yahyazada’s body and trickled into the goal.  Yahyazada lay on the ground in shame while Barakzai ripped off his shirt and flung it over his head.  It had taken Shaheen Asmayee only one half to erase their two-goal deficit.

The second half was more balanced, but still Shaheen Asmayee had the majority of the dangerous chances.  Forward Mustafa Afshar (#19) saw his header off a corner kick hit the post in the 61st minute, and he skied another open shot in the 70th.  Finally, in the 83rd minute, a perfectly weighted pass from Barakzai found Afshar streaking down the right side of the box.  He had time for one touch, which was a shot from 12 meters that snuck past Yahyazada on the near post.  This was pure ecstasy for Shaheen Asmayee and their fans.  Shaheen’s defense held the lead for the last seven minutes of the game plus injury time.

So Shaheen Asmayee advance to the RAPL finals following an improbable 3-0 victory (3-2 on aggregate goals) over Toofan Harirod, a team who until today had not lost a RAPL competition.  Toofan Harirod will be bitterly disappointed that their otherwise stellar defense gave up three goals on the day.  Shaheen Asmayee, on the other hand, will enter the finals with a great deal of confidence.

We will find out who will face Shaheen Asmayee in the October 11th finals when Oqaban Hindukosh plays Simorgh Alborz in the second leg of their semifinal match up tomorrow at 2:30PM at AFF Stadium.  Oqaban Hindukosh currently leads 2-1.