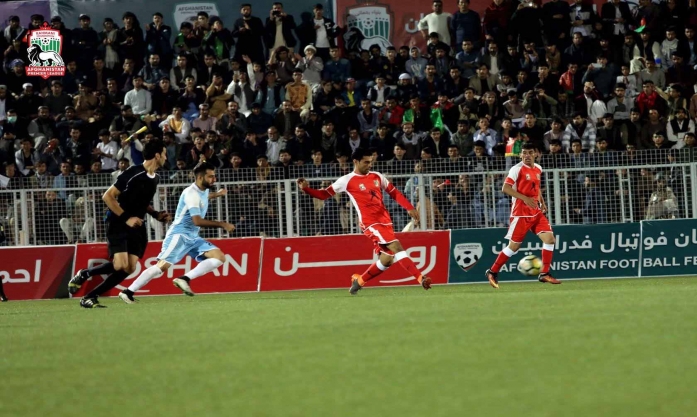 Runner ups of APL 2017 surrendered to Men in blue

Maiwand Atalan kicked off the game with quite high self-confidence, but the initial reasonable strikes of the match were situated by the men in blue, threatening their opponents goal to the good possible extent and their efforts paid off right on the 18th minute of the game, Yaar Mohammad Zakarkhail opened Atalan’s door and took the 1- 0 lead for his team.

Almost ten minutes after the first goal, Rauf Qaderi got the pass from half the ground and took it all the way straight to the goal at 29th minute of the game, making the task way harder for De Maiwand Atalan’s team. Toofan kept dominating the ground for all the rest of pending minutes through the first 45 minutes.

The first half ended with 2-0 result for Toofan Harirod.

Even-tempered with its lead, Toofan started the second half with more attacks, taking benefits from the counter attacks as well as appropriately intercepting Atalan’s passes.

It seemed that the players in this game were men in blue as they were quite efficient in their own ground with their defense line and also powerful in the opponent's ground. Rahmatullah Khair Khwa scored the 3rd goal at the 74th minute of the game. The players of De Maiwand Atalan; on the other hand, got scattered after this goal.

Finally, Toofan Harirod cruised 3 - 0 over De Maiwand Atalan with 60% possession of the ground. Rauf Qaderi was awarded the man of the match prize.