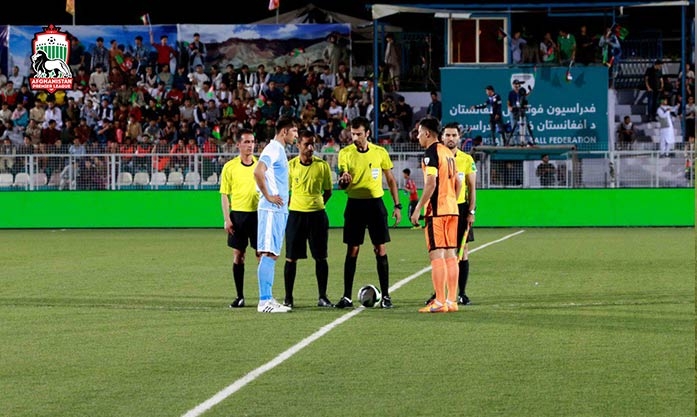 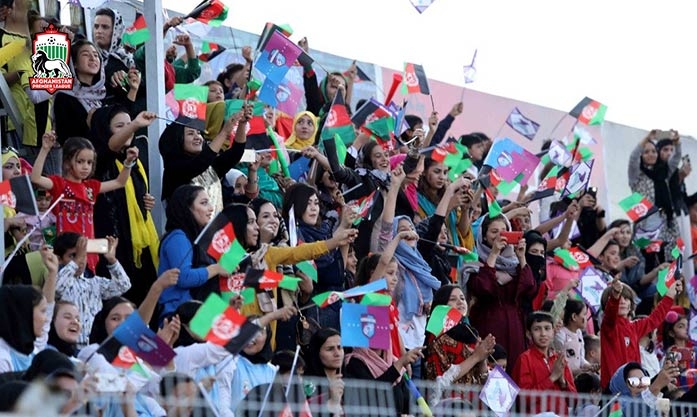 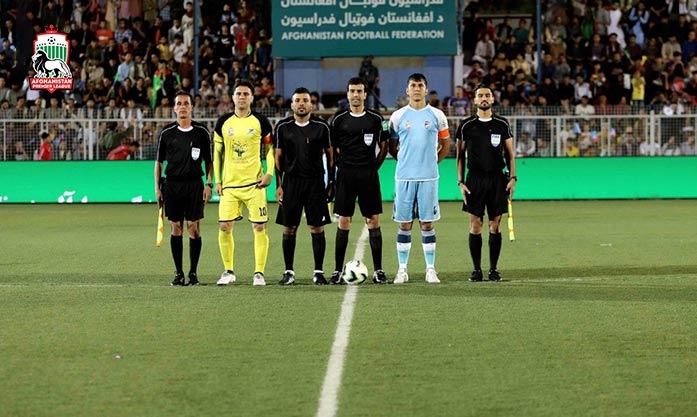 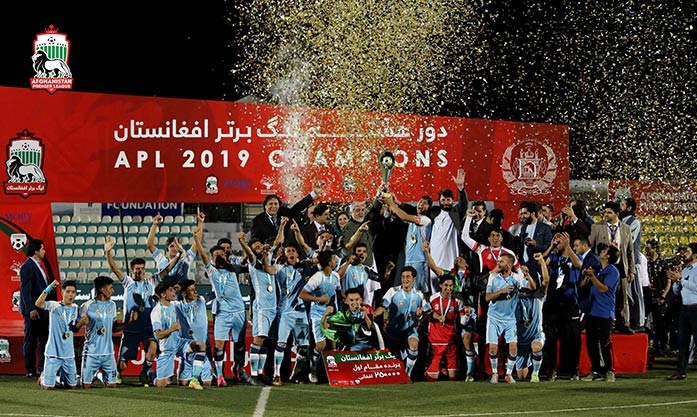 Once again, attracting the attention of millions of Afghans throughout the country and worldwide, the APL 2019 concurred with an exponential rise in participation with the exciting matches conducted in the evening, under the floodlights. The matches of the regional tournaments were as enthralling as those in the main event, and the very best players of each zone were selected by the APL, with the coordination of Afghanistan football federation who then came to Kabul and played in their respective team, each representing one of the 8 zones, composed of the 34 provinces of the country.

As per the draw show results, Toofan Harirod, De Maiwand Atalan, Simorgh Alborz, Mawjhai Amu were in the group “A”, and Shaheen Asmayee, De Abasin Sape, Oqaban Hindukosh, and De Spinghar Bazan were enlisted in the group “B” – And, the tournament began on August 20, 2019.

Toofan Harirod, the first champion of APL, 2012 and the champion of the 7th season, was to play against Simorgh Alborz; the north zone representative, De Maiwand Atalan; the two times runner up, and Mawjhai Amu. The team accumulated all 9 points in its respective group beating all its three opponents and escalated to the semi-finals.

On the other hand, Shaheen Asmayee, the runner-up of the season 7, was to play their group stage matches against Oqaban Hindukosh, De Abasin Sape, and De Spinghar Bazan. The team once again proved its superiority in the group stage by defeating all its rivals, accumulating nine total points and with no losses, Shaheen escalated to the semi-finals of this season from the top of the group “B”.

Simorgh Alborz and De Spinghar Bazan were the next two teams qualifying to the semi-final, respectively with 6 and 4 points. The semi-finals of this season were executed sharply with only two matches. Shaheen Asmayee went against Simorgh Alborz, and defeated the team with a 5 – 0 result, while Toofan Harirod went against De Spinghar Bazan and had a 2– 0 victory over its opponent and turned out to be the finalist to play against Shaheen Asmayee in the APL 2019.

The smooth journey of Toofan Harirod didn’t get disrupted at all, and the team smashed the strong team of Shaheen Asmayee in the final match played on 20, September 2019 at the Football federation of Afghanistan.

The final match went to an extra 30, two 15-minute halves. Toofan Harirod scored its deserved goal on the 95th  minute with a brilliant goal of Hatim Sherdil and played with a defensive attitude for the remaining time, whereas, Shaheen Asmayee, despite all the efforts, desperately accepted the defeat as of the referee’s final whistle and Toofan Harirod, the 1st time champion of the APL in 2012 and the 7th season repeated the history once again for the 2nd consecutive time.

These matches were broadcasted LIVE on TOLO TV and Lemar TV and simulcasted on Arman FM and Arakozia.