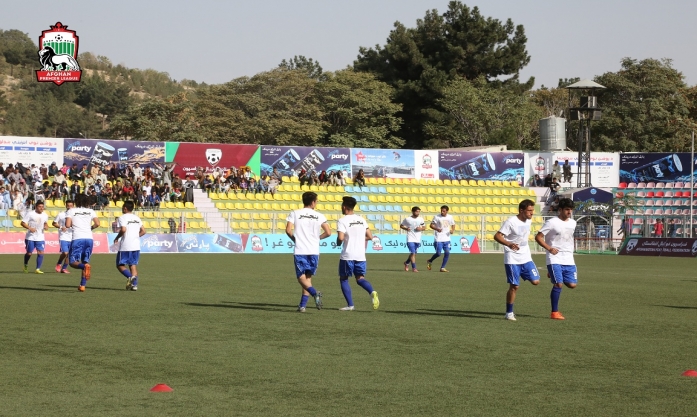 Another rousing day of the 2017 Afghan Premier League (APL) action is underway as Shaheen Asmayee will encounter Oqaban Haindukosh today, September 14, 2017, in the Afghanistan Football Federation (AFF) stadium. The match will be whistled at 3:30 pm.

Shaheen Asmayee hit the AFF ground in the sixth season with Great Spirit to push their illustrious opponents all the way and claim the title for the fourth consecutive year. Following a breathtaking match, Asmayee triumphed 4-3 over the east zone representatives, De Spinghar Bazan, to mark their first win in this season. Farhad Andar, Hamid Habibi, and Anwar Akbari scored the goals for Shaheen.

Oqaban Hindukosh was not lucky enough to secure three points and keep the bar unbeaten in their first game. Standing against Mawjhai Amu, they failed to get advantage of their attacking rhythm and conceded 1-0 when Amu converted the well-planned counter-attack to a goal on 49 minutes.

To advance to the semi-finals and avoid an early elimination, Oqaban Hindukosh should not succumb to a second successive defeat. Indeed, it will be a challenge for Oqaban to survive the thunderbolt attacks of Shaheen, yet, not impossible. “We brought changes in the line-up and our players have conducted comprehensive preparation to tackle the challenge,” said the Oqaban’s manager, Ahmad Zia.