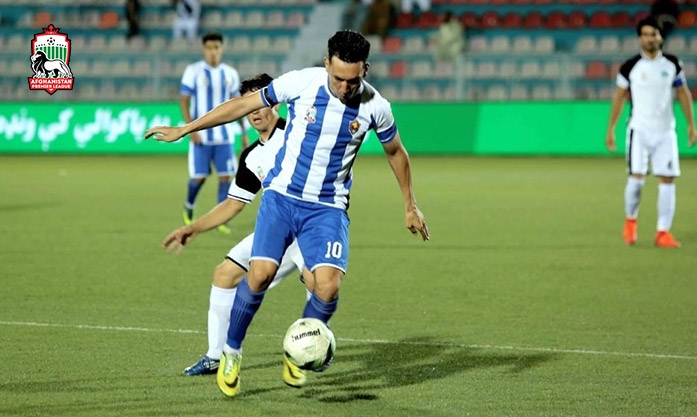 Today, August 4, 2019, in the 8th match of the group stage competitions of the 8th season of the APL, Oqaban Hindukosh, the semifinalist of the 4th season’s of the Afghan Premier League, and the De Abasin Sape competed.

Both teams started the game in passion, with back to back attacks on the opponent’s goal but De Abasin Sape team could not take it for long and found the first goal by Imran Walizada with a brilliant shot in the 21st minute. On the other hand, Oqaban Hindukosh was unstoppable and took complete control of the match, and shortly, Imran Walizada added another goal in the 28th minute of the match and increased the lead of his team to 2-0. De Abasin Sape did not get any chance to compensate at least one goal and stay defeated. Moreover, Imran Walizada opened the opponent’s goal in the 40th minute for the 3rd time and became the first player to score a Hat-trick in the 8th season of APL. The first half ended 3-0 for Oqaban Hindukosh.

De Abasin Sape, started the second half much better than the first half and put a lot of pressure on Oqaban’s goal and created many scoring opportunities, and finally, opened their account in the 63rd minute with a beautiful goal of Omid Shirzad. However, once again they lost the possession of the ball, and Oqaban turned the scenario and scored their 4th goal in the 92nd minute of the match with a brilliant shot from Aimal Afghan. Match ended 4-1 in favor of Oqaban Hindukosh.

Ultimately, Atiqullah Sultani was recognized as the best player on the pitch for his exceptional performance.