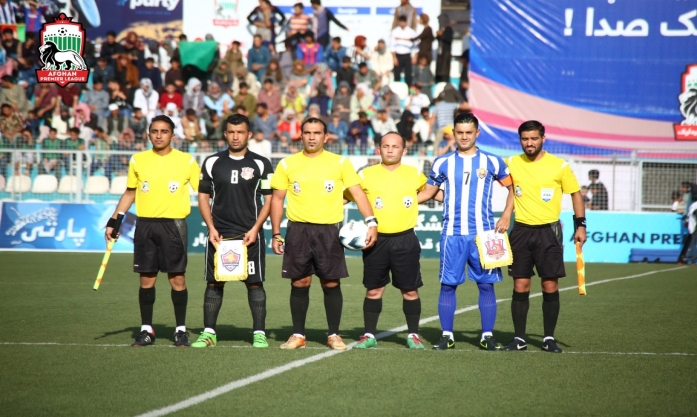 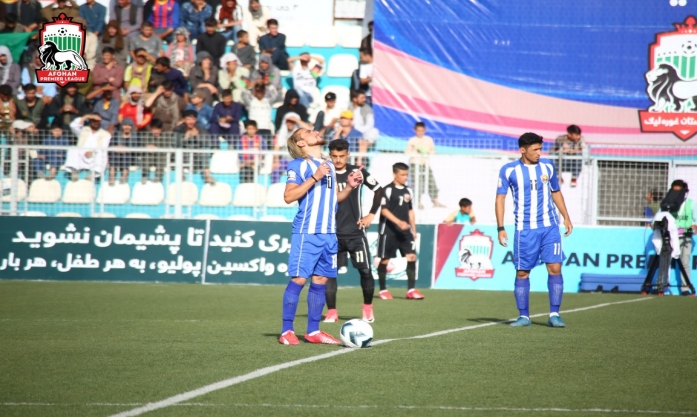 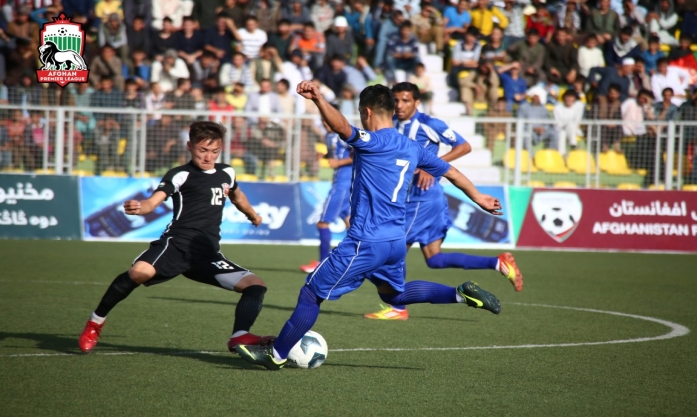 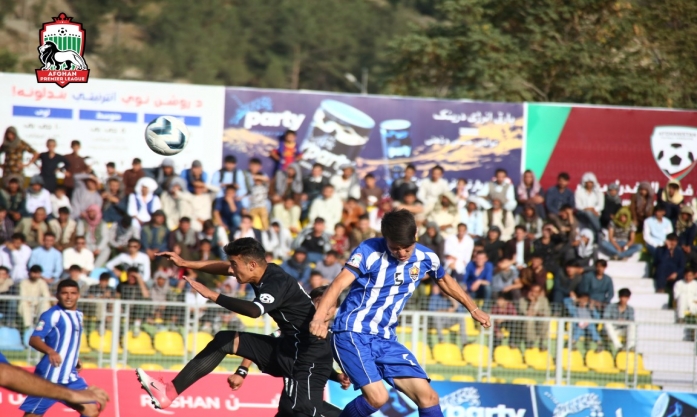 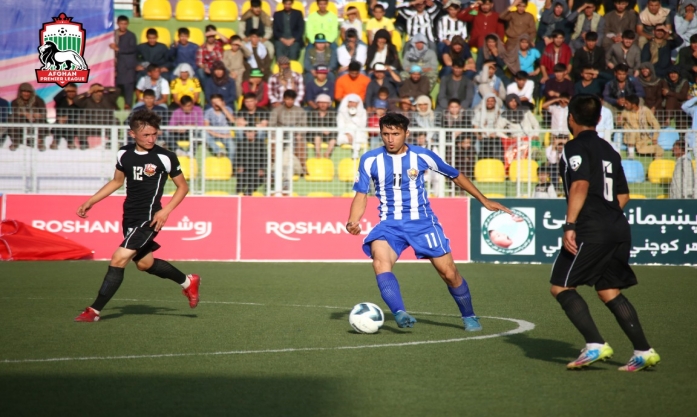 The third group stage game of the 2017 Afghan Premier League (APL) kicked-off between Mawjhai Amu and Oqaban Hindukosh in the Afghanistan Football Federation (AFF) stadium today, September 09, 2017. In a breathtaking competition, Amu cruised to a 1-0 victory over Oqaban.

Oqaban Hindukosh started the game with conducting back-to-back assaults in an attempt to secure the opener, however, faced with an impressive response by Amu’s defense line and goalie, Mahbobullah Kakar. On the other side, Mawjhai Amu maintained their unbeaten start to the first-half and focused on getting advantage of the counter-attacks. After 45 minutes, neither team was able to fashion a goal.

Amu found their attacking rhythm in the second-half and quickly converted the well-planned counter-attack to a goal on 49 minutes through Farhad Ahadi’s accurate shot on Oqaban’s bar. The opener galvanized Amu to struggle for doubling the lead, yet it was not achieved.

Oqaban failed to capitalize the most of their assaults in both first and second stoppages and slumped to a 1-0 defeat against the northeast zone representatives, Mawjhai Amu.
Both goalies, Mahbobullah Kakar and Zubair Wojodi performed well in deterring the attacks and saving their bar. Farhad Ahadi, Amu’s striker, won Man of the Match Award.

The game statistics shows a 55% ascendency of Mawjhai Amu over Oqaban Hindukosh in the third match of sixth season.