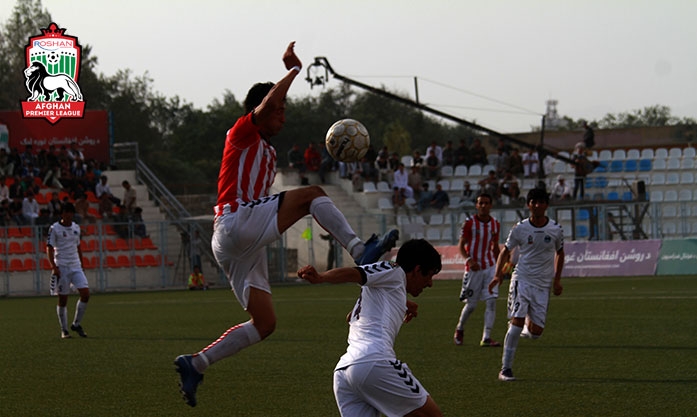 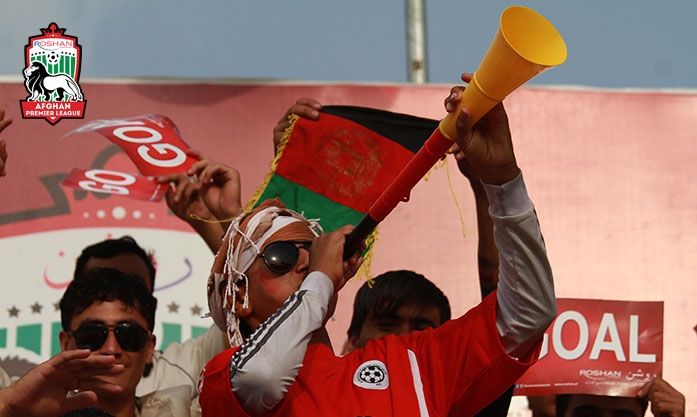 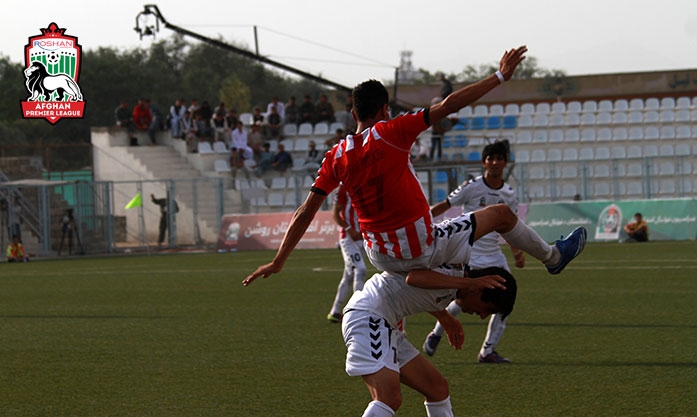 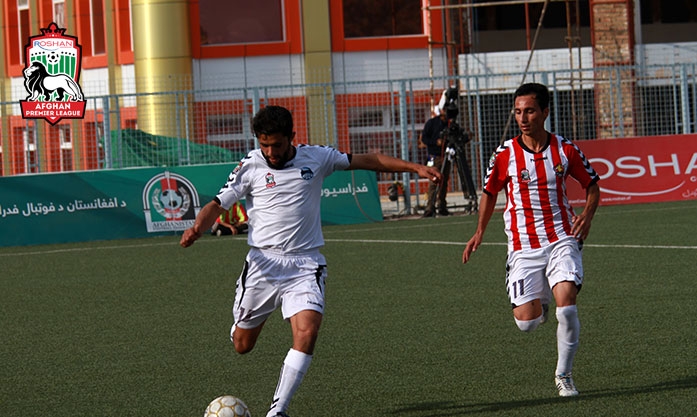 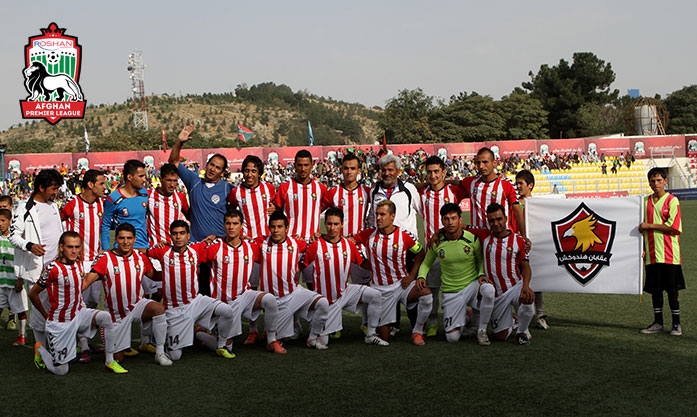 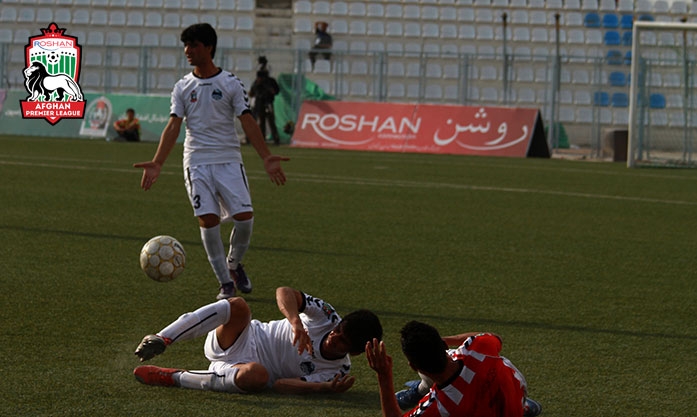 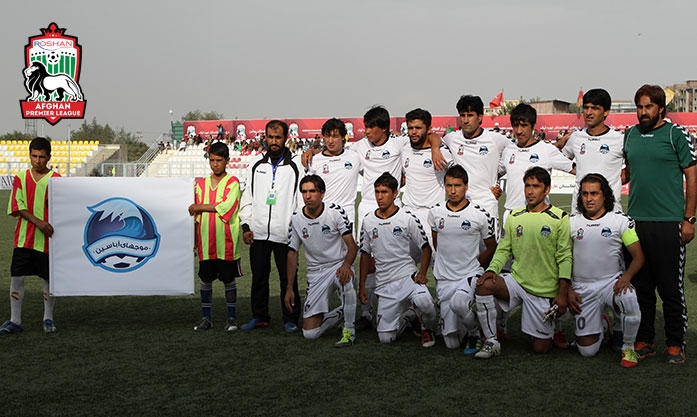 Afghans took to the streets last night to celebrate the National Team’s triumph in the 2013 South Asian Football Federation (SAFF) Championship, and they have been singing and dancing ever since.  After greeting the National Team players at Kabul’s historic Ghazi Stadium this morning, football fans shifted down the road to AFF Stadium to watch the RAPL’s Oqaban Hindukosh take on De Abasin Sape.

Representing central Afghanistan, Oqaban Hindukosh entered the game brimming with confidence after defeating the South’s De MaiwandAtalan 2-1 in a heated matchup just six days ago.  But the Southeast’s De AbasinSape, coached by the under-19 National Team coach Ehsanullah Sherzad, was better rested and also in good form.  They defeated De Maiwand Atalan 2-0 in their first match of the 2013 RAPL season two weeks ago.

The winner of today’s Group B match-upwould book a place in the semifinals.

The first half hour of play was quiet.  With the exception of a De AbasinSape free kick, taken by defender Asmatullah Ali Zada (#5) from 25 meters, which smacked the crossbar in the 9th minute, and then a missed header by Oqaban Hindukosh’s striker Mohammad Anwar Akbari (#11) on the ensuing possession, neither side was able to create dangerous chances.

And then in the 34th minute,Oqaban Hindukosh’s Fardeen Hakimi(#18) shifted his team into a higher gear.  Finding himself with space on the right side of the 16-meter box, Hakimi squared up toward goal and smashed a dipping drive with his right foot that beat De Abasin Sape’s keeper Basheer Darman (#1) on his near post.  Hakimi gave his head coach Elyas Manochehr a big hug in celebration.

Darman was again digging the ball out of his own net two minutes later.  OqabanHindukosh worked the ball down to the end line and cut it back toward the penalty spot where defender Omeed Azimi (#4) was streaking toward net.  Azimi coolly tapped the ball into the left side of the goal with little that Darman could do.

To cap off the explosive late-first half scoring frenzy, Oqaban Hindukosh’s Akbari stranded two De Abasin Sape defenders with a double cutback move in the 42nd minute and then hit a powerful shot toward the left half of the goal.  Darman got a hand on the ball, but it wasn’t enough to stop the ball’s—and OqabanHindukosh’s—momentum.  Akbari’s solo effort put his team up 3-0 going into halftime.

Led by captainFarhadPaktyawal (#5), OqabanHindukosh’s defense held strong in the second half in the face of De Abasin Sape’s direct attacking style.  As in the first half, Oqaban Hindukosh waited a half hour before launching a goal-scoring assault.  Fiery substitute Ismalai Salangi (#19) beat Darman on a breakaway in the 75th minute, while defender Mohammad Afshar (#14) added a fifth goal 3 minutes later when he also found himself one-on-one with Darman.

De AbasinSape salvaged a goal in the 86th minute when forward HashmatullahGhaznawi (#11) converted on a penalty kick, and the game ended in a convincing 5-1 victory for Oqaban Hindukosh.

Both teams are yet to play Kabul’s Shaheen Asmayee, a strong team featuring four National Team players.  Oqaban Hindukosh is in the semifinals regardless of their last result.  De Abasin Sape, on the other hand, must rise to the challenge and win their last match should they continue playing into the post-season.

You can watch the full match video below.