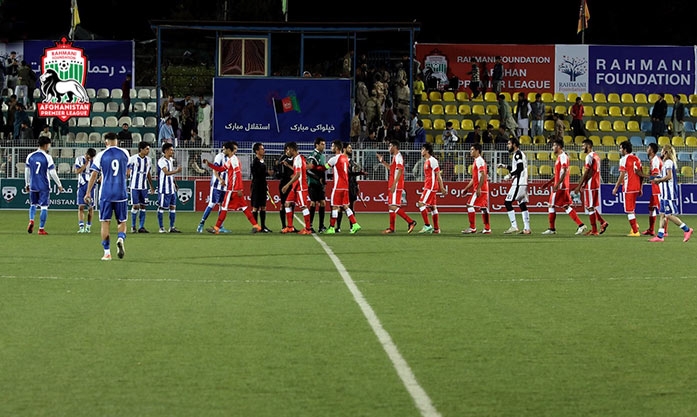 The second group stage match, as of the draw show results will be held between the 2017 runner up, De Maiwand Atalan and, Oqaban Hindukosh, the central zone representative today, 8th October 2018, 05:30 pm at the Football federation stadium.

Both teams are in the “B” group, along with Simorgh Alborz and Toofan Harirod. Respectively, Toofan could not qualify for the semifinals last year, whereas, Simorgh Alborz stood on the fourth position as of losing the game to Shaheen Asmayee. De Spinghar Bazan, the team in the “A” group defeated Oqaban Hindukosh last year and paved their ground to the semi-finals. Finally, De Maiwand Atalan resisted to battle in the final of APL 2017 and became the runner up of last year.

De Maiwand Atalan has been the runner up for two consecutive years and it seems that Oqaban has a tough game ahead, however, all teams have brought significant changes in their 21 man squads and the games aren't much predictable.

“In order for standing out powerful in the tournament this year, Oqaban Hindukosh has arranged a team which consists of experienced as well as fresh players. In the game ahead of us currently, we are trying hard to win and achieve our three points in order for lead against the next rivals.” Said the coach of Oqaban Hindukosh, Wahidullah Wahidi.

“Since De Maiwand Atalan is the runner up team of last year, and since this is the first game of the De Maiwand Atalan in the seventh season, we are trying very hard to gain a good result and win the game. Taking into account that our team has been through 60 to 70 percent alterations, our players are mostly new, but we are inspired to win the game.” Said Abdul Haq Faizi, coach of De Maiwand Atalan. He added “Some of our players have joined other teams and some of them have travelled overseas, we had no choice but to utilize the available assets and we consider this positive.”

The match between Oqaban and De Maiwand Atalan will be broadcasted LIVE on TOLO TV and Lemar TV and simulcast on Arman FM, Arakozia FM. Follow APL YouTube page (www.youtube.com/afghanpremierleague) for the match highlights. Like APL Instagram (Afghanpremierleague.official) for more updated photos of the teams. Read more about the coming events on (www.afghanpremierleague.com).