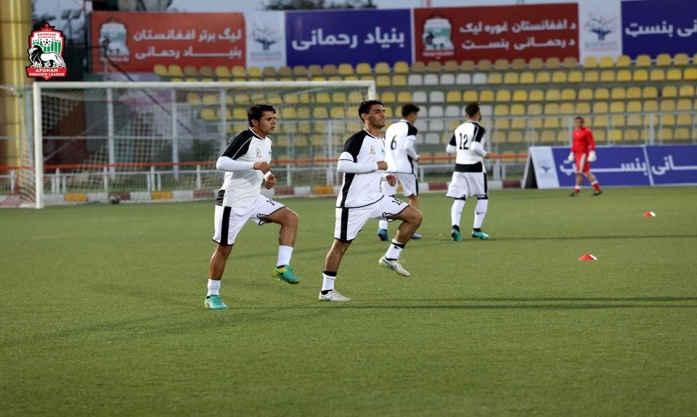 With this being stated, still nothing is predictable for sure, as the teams are witnessing changes in their squad. Also, Similar to the efforts of the previous teams playing in the group stage, both teams will be trying hard today in this match to put some impression on their opponents and cheer up the fans in the primary appearance.

"As of the curriculum handed to us by the federation, we traveled to the south east zone, the technical team of the Spinghar Bazan executed the regional tournaments and we assessed the games. Compared to the previous year, very talented players have been added to the team and we have resolved the issues we had in the center and defense lines in the previous year to some extent. I must say that the Spin Ghar Bazan is composedof mostly but not all, young players this time, our players are very talented and regarding the game today, I must say that we have been doing our efforts, and particularly in the past few days, we have been carrying our exercises regularly. The players are ready, they are practicing, and we hope to play well in today’s game.” Said Mr. Zia Azimi, the coach of Spinghar Bazan. He added: “Our opponent, De Abasin Sape is a team which did not have any achievements in the previous seasons but in this season, they are a totally different team. Most of the players of this team are from Kabul, some happen to be in the different various categories of the National team who are active members already, so in general they are very expert. At last, it must be declared that it’s a Football game and it’s not very predictable, we can’t say for sure if we will win or lose, although, I must say that we are well prepared, and we will do our best to win this game.”

De Abasin Sape is composed of various provinces which are (Logar, Ghazni, Khost, Paktiya and Maidan Wardag) and we have chosen the best players from the particular region. Our 21 man squad are ready for the first game. Most of our players are youngsters and some of them are active players of the National under 19, under 21, and under 23 year’s old teams. It’s a good team. This is our first game in the current season and we are hopeful to achieve good result. Our team is well prepared but there were few issues concerning the postponement of the league, and we stopped our regular practices, however, we have resumed the exercises once again since the past week and we are hopeful that our players will do an excellent job. He added: “Because we had promised that we will find our way to the best four in the semi-finals, so we are doing our best to achieve our goal.”

The match between De Abasin Sape and De Spinghar Bazan will be broadcasted LIVE on TOLO TV and Lemar TV and simulcast on Arman FM, Arakozia FM. Follow APL YouTube page (www.youtube.com/afghanpremierleague) for the match highlights. Like APL Instagram (Afghanpremierleague.official) for more updated photos of the teams. Read more about the coming events on (www.afghanpremierleague.com).