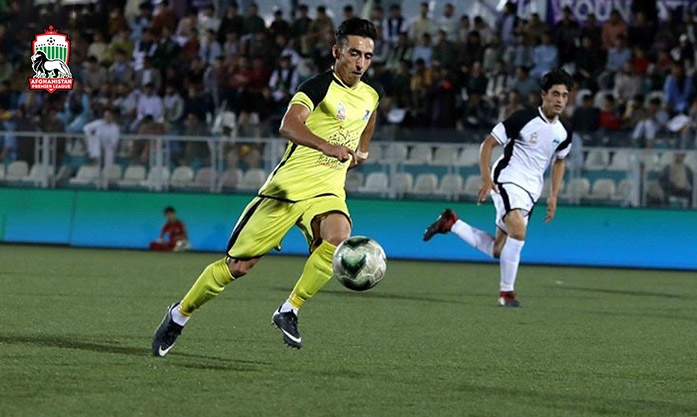 De Abasin Sape’s another winless tournament came to an end

In the 10th match of group stage competitions of APL, season 8, Shaheen Asmayee had a tremendous victory against De Abasin Sape.

Shaheen Asmayee has already won their first match against Oqaban Hindukosh, and their 2nd against De Spinghar Bazan. Meanwhile, De Abasin Sape has lost both of their games against their group mates.

Shaheen Asmayee battles against De Abasin Sape, while they have already won their first two games and have better chance to get a spot in the next round and the 3rd win will make sure of their strong presence in the semifinals.

De Abasin Sape started the 2nd half much better and took the possession of the ball, and created severe threats on the opponent’s goal but could finish them well. Moreover, once again, Raoof Qaderi scored for Shaheen Asmayee in the 86th minute in a brilliant counter-attack and made it almost impossible for De Abasin Sape to bounce back.

The game turned to an exhilarating battle, as De Abasin Sape had nothing to lose and they gave everything to attack Shaheen Asmayee, but it seemed like it was not their night at all.

An absolute sensational game came to an end with a score of 3-0 for Shaheen Asmayee, and Nawid Afghan, the goalkeeper of Shaheen Asmayee, was chosen as man of the match for his best performance and brilliant saves.