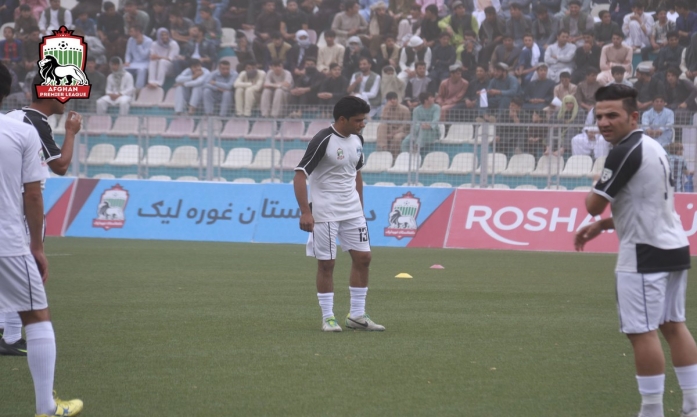 In group “B” of 2017 APL, De Maiwand Atalan could secure three points with a 4-2 win over the 2012 titleholders, Toofan Harirod. De Abasin Sape, though, failed to make a last-ditch clearance against Simorgh Alborz and succumbed to a 1-0 loss.

Atalan are the runners-up of last year and are one of the main contenders for the prestigious 2017 APL trophy. The team recruited eminent APL players from other teams. Amrudin Sharifi, Fardin Hakimi, and Farzad Ataee are playing for Atalan this season.

De Abasin Sape had their third winless season last year and struggled to prevent group stage elimination but ultimately the mission failed.  De Abasin recorded their only win in the last four years during the 2013 group play against De Maiwand Atalan. However, noticeable changes were brought in the 2017 squad. “The new joined players are having rich football experience and some have played in the national teams. Counting on the spirit, De Abasin will not repeat another winless season. We will play tough enough to stop Atalan,” said Abasin’s team manager, Shams Rahman.

Abdul Moqim, the brilliant goalie, Mohammad Nawaz, Emal Mangal, Haseeb Nuristani, and Manan Azimi are some of prominent players who can play key role in Abasin.