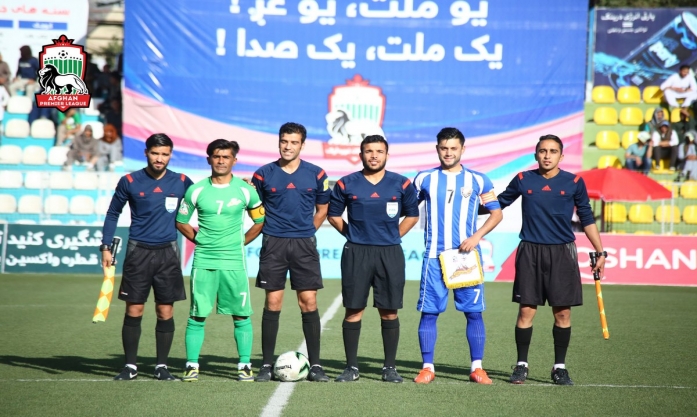 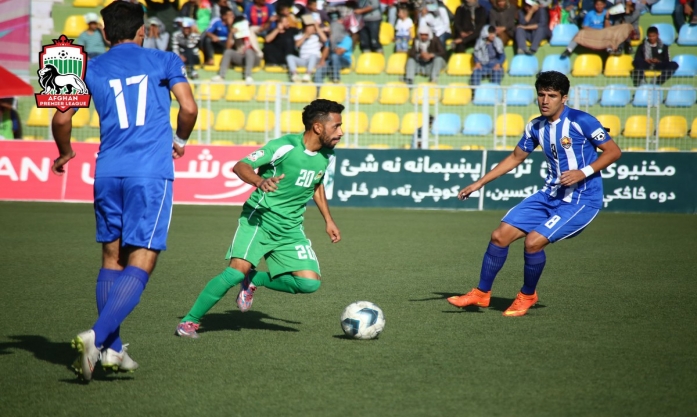 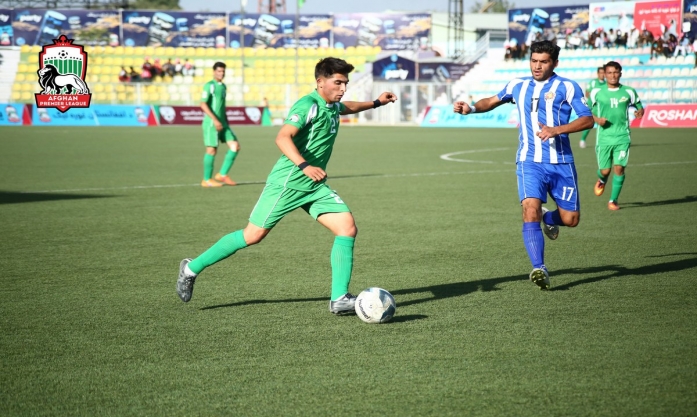 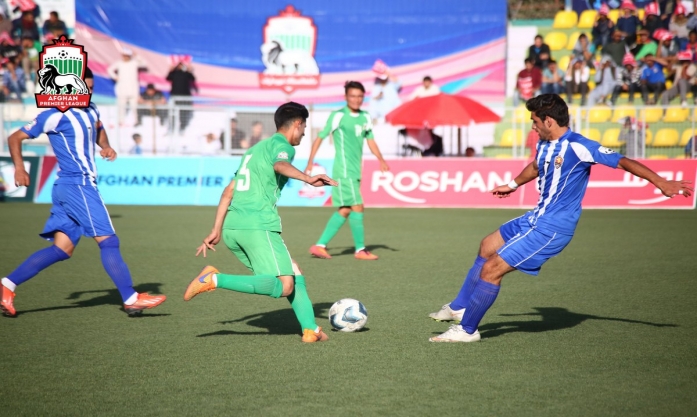 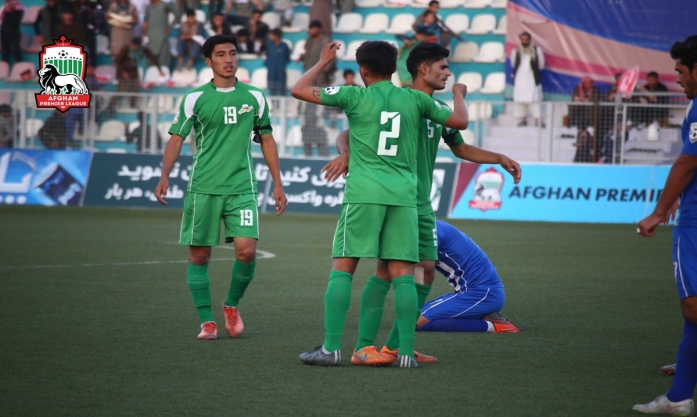 The lively match of central zone representatives, Oqaban Hindukosh and De Spinghar Bazan was kicked-off today September 28, 2017 in the Afghanistan Football Federation (AFF) stadium. This match was the 11th match of the 2017 Afghan Premier League (APL) group stage. After 90 minutes battle, De Spinghar Bazan thrashed 1-0 their opponents and claimed a spot in the sixth season semi-finals.

Oqaban Hindukosh amazingly crashed 2-0 Shaheen Asmayee, one of the 2017 cup claimers, in their last game and was confident to stop Bazan easily. Yet, the team failed to grab lead in the first-half despite obvious chances.  They made good run into the right channel but failed to capitalize any.

De Spinghar Bazan was not able to create many meaningful openings in the first-stoppage either. Their attempts were dragged off target by Oqaban’s defence line.

Ending the first-stoppage 0-0, both teams applied some pressure early in the second half, but a dreadful lapse in Oqaban’s defence allowed Shadab Shah, Bazan’s striker,  to smash the ball beyond the reach of Zubair Wojodi into the net on 49 minutes.

Oqaban’s profligacy continued into the second-half and could not fashion any equalizing goal to prevent group stage elimination. With the 1-0 loss, Oqaban will no longer have the chance to play in the sixth season semi-finals.

With six accumulated points in group “A”, De Spinghar Bazan will be the second team of the group who will battle in the semi-finals. Shaheen Asmayee, with six points, advanced to the semi-finals last week.

Tomorrow, September 29, 2017, De Abasin Sape will hit the ground against Toofan Harirod at 3:00 pm in the AFF stadium.