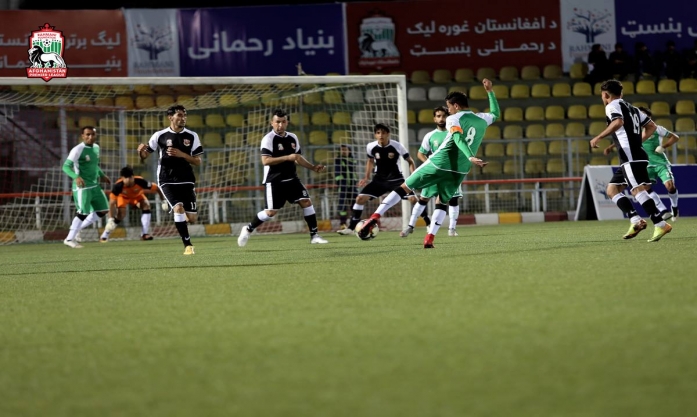 Bazan and Mawjha ends with 1-1 draw

The resistance game in group “A” between De Spinghar Bazan and Mawjhaye Amu, the two teams with one loss and no points accumulated so far in the group stage, was played today, 13th October 2018, at 06:00 pm in the Football federation of Afghanistan. This was the seventh group stage match of Rahmani Foundation Afghanistan Premier league 2018.

After a short collaboration by the players sharply as the game was kicked off, the passes between De Spinghar Bazan were intercepted and the team had to retreat to defend the first shot on the goal; but shortly after this they took benefit of a counter attack and Farhad Andar scored the first goal for his team on the 8th minute of the game.

The player who was not supposed to play today due to injury, but had promised to fullfill his duty by any means, Khesraw Guldost from Mawjhaye Amu scored an equalizer for his team at 27th minute, initiating a second phase for the game

Both the opponents were having an equal combat till the end of the first half, each trying to take the lead.

Mawjhaye Amu kicked off the second half with an aggressive attitude attacking their opponents goal consecutively, but the men in green successfully defended their bar and took advantage of the counter attacks.

Eventhough, Mawjhaye Amu had 55% possession of the game, neither of the two teams were able to change the locked 1-1 draw till the end of the second half. Khesraw Guldost was awarded as man of the match.