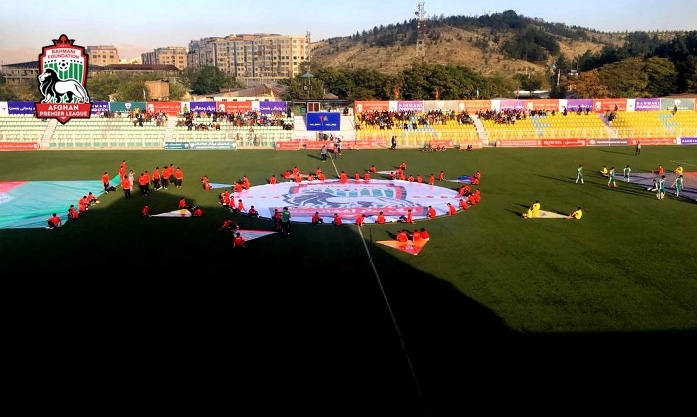 Battle to fortify a place in the group A

The two rivals from group “A”, each with one loss and no points accumulated so far, Mawjhai Amu and De Spinghar Bazan will battle to make amendments in their equity today, 13th October 2018, in the football federation of Afghanistan at 05:30 pm.

Mawjhai Amu came as close to the semi-finals last year as it could and fought with the title holders to obtain a place in the four best but as of 2 – 0 loss, could not move any further.

considering it a chance to take the lead and get closer, Shaheen Asmayee and De Abasin Sape, the teams currently in the top of group “A” list, the rivals today are serious about this game and are not ready to take any more risks after losing their first games in the group stage.

“We are trying our best to play well today. So far, we have been properly carrying out our exercises, and the game we lost for De Abasin Sape has not affected the players, the problem was particularly because of our goal keeper, as the primary and second goalkeepers of the team were either not feeling well or had other issues, but we will present a good game today.” Said Mr. Zia Azimi, the coach of De Spinghar Bazan. He added: “During the exercises yesterday, one of our players got wounded but we will clarify today if we are to bring changes in the formation or not. On the other hand, Mawjhay Amu is also a good team, most importantly, the way this team played against Shaheen Asmayee was admirable, but they couldn’t take advantage from the opportunities, but in general, it is a good team, and since they also have one loss so far, we are hopeful to play well against this team today and win the game.”

“This is our second game and we are well prepared because every match is important for us and specially the game against De Spinghar Bazan today is of the most importance and our players are well advised. Probably there will be certain changes in the team formation, one of our players, Khosrow Goldost who is a talented forward, is wounded but he has promised to play in the game today.” Said the coach of Mawjhai Amu. He added: “De Spinghar Bazan is a good team, it is obvious that both teams will be trying to succeed, and our opponent has also carried it exercises, but we are hopeful to defeat them.”

The match between De Spinghar Bazan and Mawjhay Amu will be broadcasted LIVE on TOLO and Lemar TV channels and simulcast on Arman & Arakozia FM. Follow the APL YouTube page (www.youtube.com/afghanpremierleague) for the match highlights. Like APL Instagram (Afghanpremierleague.official) for more updated photos of the teams and your favorite players. Read more about the coming events on (www.afghanpremierleague.com).