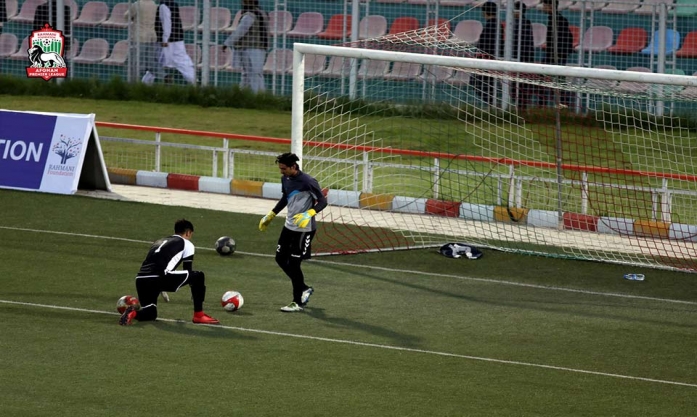 Battle between next two teams from the group B

Both teams fought in the 8th group stage match last year which ended with a 1 – 1 draw result, leading Simorgh Alborz, which already had 3 points, to the semi-finals but Toofan Harirod on the other hand, gaining only one point with no additional points got dropped from the group list but in the next battle against De Abasin Sape, the team sealed an aggregate 6 – 0 late win.

Simorgh Alborz, the north zone representative failed to defeat its rival, Shaheen Asmayee in the semi-finals of last year and had to battle for the third position with De Spinghar Bazan. As if the team with certain good records in the previous season got unlucky and left the 2017 tournament standing on the fourth position.

Both teams are in the B group this year and as of the overall alterations in the 21-man squad of all 8 main teams of APL; it is hard to forecast the game instances, however, Simorgh appears to be more committed.

Toofan Harirod is to some extent powerful compared to the previous season and as for some fresh players who are added to the team formation, we are hopeful to achieve better results in this season. Toofan’s rival today, Simorgh Alborz has always appeared strong in the APL and it is certainly a good team because they have some of the best players in their formation. But, it is not easy to make predictions for a football game, however, we have some great fresh players in our team as well, such as, Sayeed Ebrahimi and Yar Mohammad Zakarkhel, whilst even that being said, we can’t exactly tell anything about the game ahead.” Said Mr. Hameedullah Masoud, Toofan Harirod’s coach.

“Today’s game is a critical one for both the teams, because victory in this match is of value for both teams and Toofan is a strong team as well. But our players are also very inspired and because Simorgh had no win against Toofan, our players are trying to break the record.” Said the Manager of Simorgh Alborz, Mr. Aman Faizy. He added: Compared to the previous year, almost 70 percent changes have been made in the team formation, fresh players have joined the team, and some of the old players are not in the team anymore. Based on the facts it seems that Toofan must win, but our players will enter the ground with high morale, they are well prepared, and we are playing this game with a must win attitude – not just a draw or less.”

The APL 2018 Rahmani Foundation inauguration ceremony, as well as the match between Simorgh Alborz and Toofan Harirod will be broadcasted LIVE on TOLO TV and Lemar TV and simulcast on Arman FM, Arakozia FM. Follow APL YouTube page (www.youtube.com/afghanpremierleague) for the match highlights. Like APL Instagram (Afghanpremierleague.official) for more updated photos of the teams. Read more about the coming events on (www.afghanpremierleague.com).