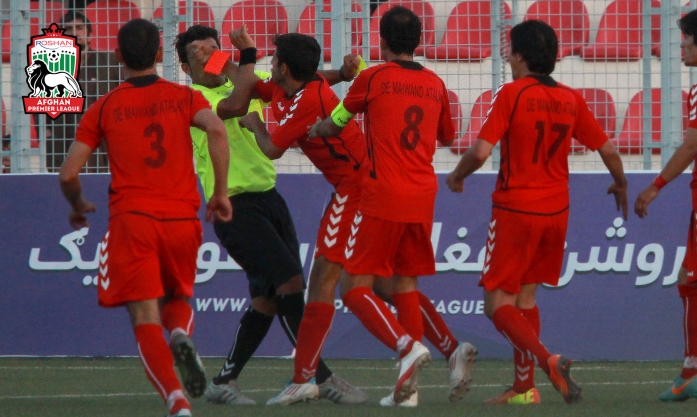 The Afghanistan Football Federation (AFF) Disciplinary Committee this week announced the suspension of three players and the head coach of De Maiwand Atalan.

Head Coach Mukhtar Raufi is banned from AFF-sanctioned play for four years for his negligence in keeping his players under control during the match.

Each person has the right to appeal the sentence. In the meantime, De Maiwand Atalan will play their third and final 2013 RAPL game on Friday, September 20th against Kabul’s Shaheen Asmayee. De Maiwand Atalan have lost their first two games and thus are not in contention for a semifinal berth.