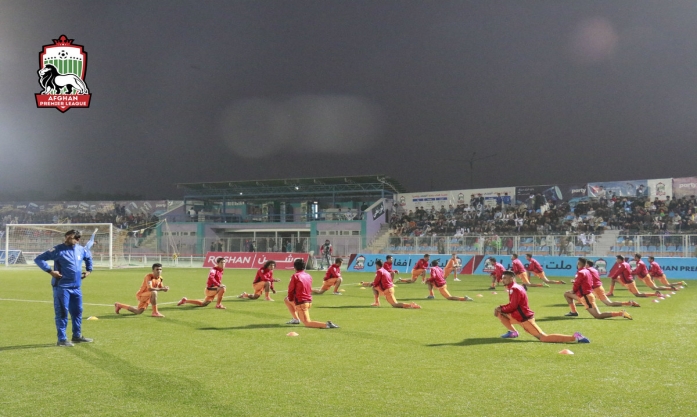 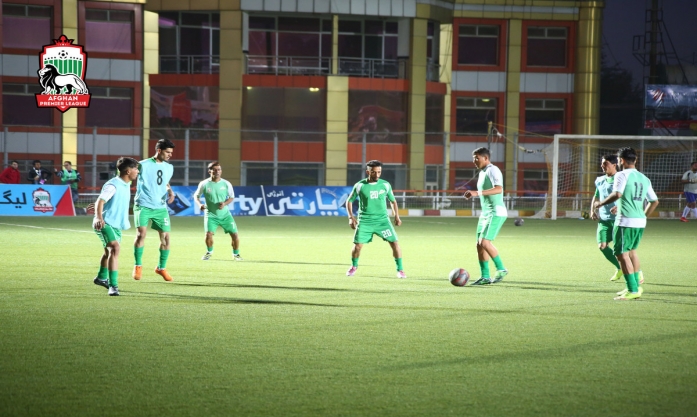 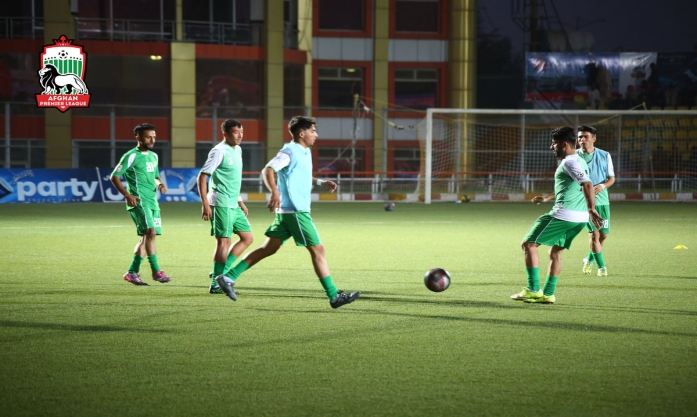 Conceding their first and second-leg semi-finals matches of the 2017 Afghan Premier League (APL), Simorgh Alborz failed to cruise to final stage. The team will hit the Afghanistan Football Federation (AFF) ground against De Spinghar Bazan to battle for the third position. This stunning game will be kicked-off this evening, October 26, 2017, at 5:30 pm, Kabul time.

De Spinghar Bazan, the east zone representatives, was not fortunate to be a finalist in the 2017 APL with one draw and 2-0 defeat. The team squandered their first-leg semi-finals match to the strong opponents, De Maiwand Atalan. Yet, Bazan did well to withstand Atalan’s early pressure and strikers in the second-leg semi-finals match with a 0-0 draw.

Simorgh Alborz’s performance in counter-attacking and exchanging slick passes was satisfying enough in the first and second-leg semi-finals matches but unluckily the rhythm was not set in their favor and did not get many opportunities standing against one of the APL strongest team, Shaheen Asmayee. Simorgh finished their runs with 0 – 1 and 4-3 defeats.

Last year, Simorgh lost the semi-finals clash to Shaheen Asmayee with aggregate score of 10-3 but triumphed over Mawjhai Amu and came third. This is the second consecutive year that Simorgh and Shaheen are battling in the semi-finals stage.

De Spinghar Bazan went into the sixth seasons matches knowing they needed to thrash their rivals in the group stage to secure a top-two spot in the semi-finals. Compared to last year, Bazan showed great spirit to push their illustrious opponents all the way to compete for the third position. The team claimed 7th in the 2016 APL.