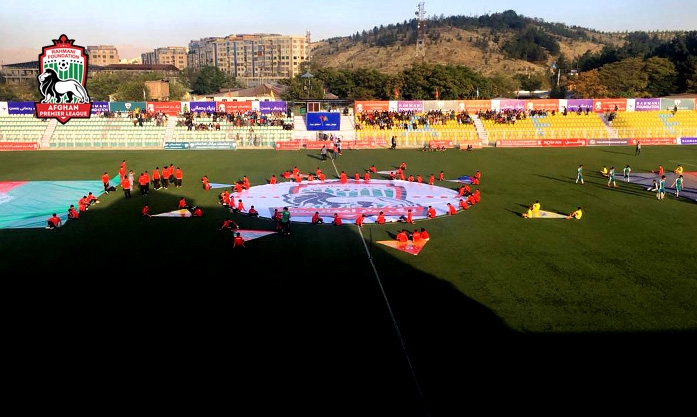 The long wait ends; the Afghan premier league 2018 Rahmani Foundation begins following the inauguration ceremony today and in the first match of the group stage, Shaheen Asmayee, the representative of capital and the championship title holder of APL 2017 faces Mawjhai Amu, the representative of northeastern zone in the first match of 2018 group stage today, 7th October 2018 at the Afghanistan Football federation stadium.

The draw show results put Shaheen Asmayee and Mawjhai Amu in the Group “A”, along with De spinghar Bazan and De Abasin Sape. De Spinghar Bazan overcame Mawjhai Amu in the group stage match last year with 1 goal and saved their team from annihilation, whilst, De Abasin Sape slumped to thier second consecutive defeat in the 2017 APL group stage by De Maiwand Atalan, which is currently in the "B" group of RFAPL 2018.

Last year, Mawjhaye Amu stood against Shaheen Asmayee in the 9th match of the group stage. Amu chose to defend the ground rather than situating direct attacks but unfortunately even this strategy did not turn very useful for the team whilst the opponent, Shaheen Asmayee scored two goals in the game. However, the more Shaheen claims to be powerful this year, Mawjha is asserting serious preparations for their first game in the APL 2018 tournament, so to make an impression and gain the trust of their fans in the very first appearance.

“As everyone knows, today we have the very first game of the group stage in the APL 2018 against Shaheen Asmayee, as I have previously said; you will witness a good start by Mawjhai Amu, although it is a very tough game but we try our best and we are committed to win this game, we are well prepared, the boys are very inspired and they all have good self-confidence. Bestowing the lessons of their coach, we are very hopeful that the boys apply those tactics and to play well in this game.” Said the assistant coach of Mawjhai Amu, Ghulam Farooq Asil.

“It has been one week since we have started taking preparations. Our players have arrived from all the provinces and we are carrying out the exercises since the past four days, the foreign coaches have also arrived with them. Shaheen has always entered the ground with the commitment to win and in order to cheer up the spectators and fans of Shaheen Asmayee, our team will be the winner of the game” Claimed the coach of Shaheen Asmayee, Mujtaba Faiz. He added “The first matches of the group stages are in general the hard ones, and we are trying to win the game hoping to ease our challenges to some extent for the next game.”

The APL 2018 Rahmani Foundation inauguration ceremony, as well as the match between Mawjhai Amu and Shaheen Asmayee will be broadcasted LIVE on TOLO TV and Lemar TV and simulcast on Arman FM, Arakozia FM. Follow APL YouTube page (www.youtube.com/afghanpremierleague) for the match highlights. Like APL Instagram (Afghanpremierleague.official) for more updated photos of the teams. Read more about the coming events on (www.afghanpremierleague.com).