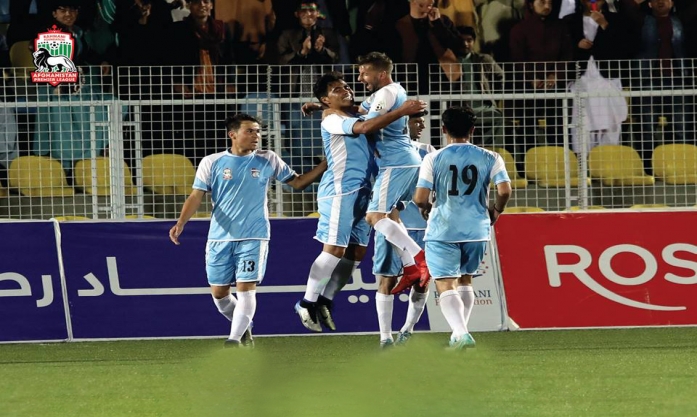 As told by the coach of Toofan Harirod, players in the ground were mostly the ones who had not been previously given a chance but were sent to play today and prove their skills. Oqaban Hindokosh, which is, with its main players, able to play against the best players of their opponents in the RFAPL, were under pressure against the reserved players of Toofan. Hameed Masoodi’s men showed that they are a full 21 best player’s squad.

Rahmatullah Khairkhwa netted the opener by shooting the penalty opportunity awarded to Toofan Harirod at 42nd minute of the game. The referee whistled the halftime with 1 – 0 score for the west zone representatives.

The game ended with a 3-0 score for Toofan Harirod.

Yaar Mohammad Zakarkhail received the Man of the Match Award. Toofan Harirod had 60 percent possession of the game.