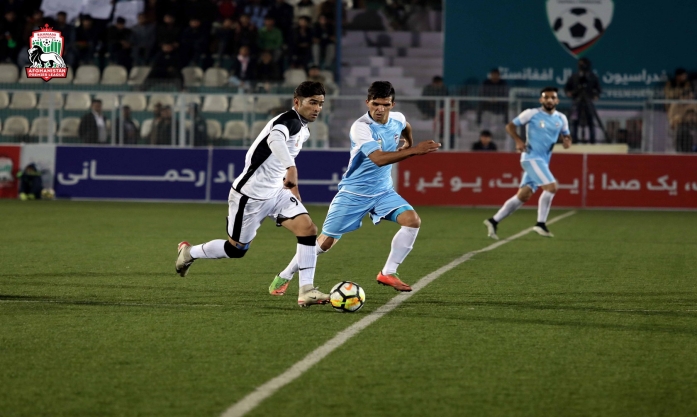 Utilizing a penalty kick, the west zone representatives, Toofan Harirod’s striker, Rahmatullah Khairkhwa, scored an early opener on the 9th minute of the game. The early goal galvanized the pitch and questioned the ability of De Abasin Sape with its well-trained players.

De Abasin Sape turned aggressive, committing more fouls which not only didn’t have any positive results, but got their defender (Rashid Frotan) charged with a yellow card. All attempts of De Abasin Sape for recovering the deficit in the first-half were deterred by Toofan’s defense line and talented goalie, Faisal Hamidi.

The first half ended with 1-0 result for Toofan Harirod.

In the second half, Toofan increased their strikes and got better exchanging slick passes. Toofan Harirod’s fans reached fever pitch as Rauf Qaderi netted the second goal on the 71st minute of the game. Only 9 minutes after the second goal, Marof Mohammadi scored the 3rd goal followed by another quick strike, through which Rauf Qaderi scored his second goal, 4th goal for his team.