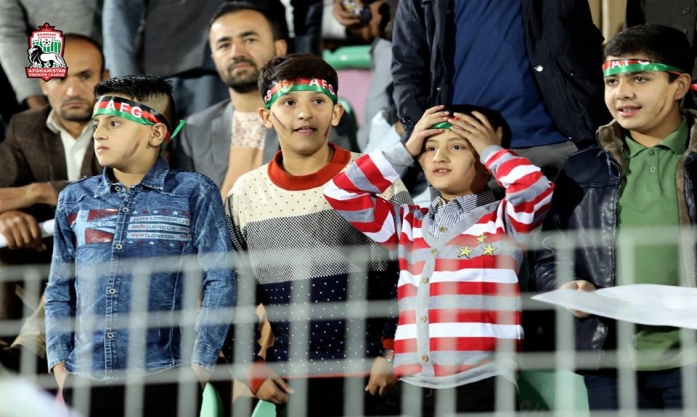 Simorgh Alborz increases its chance to escalate in the Semi-finals

Simorgh Alborz, the north zone representative faced Oqaban Hindukosh, the central zone representative, in a battle for minimizing the danger of being annihilated from the group stage, today, 14th October 2018, 06:00 pm, at the Football federation of Afghanistan. This was the 8th group stage match of APL 2018 Rahmani foundation which ended with 3 – 1 result for Simorgh Alborz.

Both teams are in the group B, along with Toofan Harirod and De Maiwand Atalan which respectively retain 6 and 3 points, have lost their first group stage matches similar to De Spinghar Bazan and Mawjhai Amu from group A. With no points so far, the rivals played for altering the probabilty of a quick annihilation.

Equally prompting steady but weak exertions for a lead and yet taking care of their defense line, the game had a slow rhythm and constant flow of passes, pointless shots, attacks and counter attacks by both teams; through the first 25 minutes, but following a surprising goal by Oqaban Hindokush on the 28th minute, the game turned quite serious.

Omid Azimi, the talented player hit a very precise shot from the mid-point of the ground which went straight into the goal of their rivals.

As of this goal, the close and sharp combat begun between the two teams, however, Oqaban was playing more satisfactorily and concerned about their defense wall, taking benefit out the counter-attacks only. But Simorgh on the other hand, kept trying to compensate the loss, however, only Hekmatullah Muradi, Simorgh’s goalie, finally got an opportunity and saved a very serious attack.

But as if Simorgh Alborz was more committed about changing their fate in this game than Oqaban and within only six minutes of the second half, this team's player Wais Ahmad Ahmadi scored the equalizer goal, and surely it didn’t quench the teams thirst so with the aggressive persistent attacks, Mohammad Hussain Mohammadi Scored the second goal for his team on the 57th minute and so with the 2 – 1 score, the team desperate in the first half was now in lead.

The team adequately adjudged “psychologically weak” for this game by their coach, couldn’t succeed to follow their rivals and neither they were able to defend their ground, situating various opportunities for Simorgh Alborz, one of which was finally netted on the 81st minute of the game by Nematullah Karimi.

The game ended with 3 – 1 score for Simorgh Alborz. Mustafa Rezae from Simorgh Alborz won the man of the match award, and his team had 55 percent possession of the game.