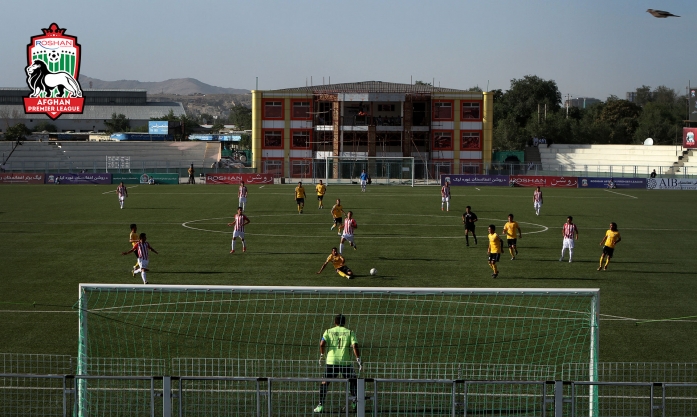 Rematch to be held between S. Asmayee and O. Hindukosh

The Roshan Afghan Premier League (RAPL) Implementation Committee announced yesterday that a rematch will be held between Shaheen Asmayee and Oqaban Hindukosh. The two sides faced off at the Afghanistan Football Federation (AFF) Stadium last Friday, with Shaheen Asmayee getting the upper hand 3-1.

But the Committee has declared this result null and void. Both teams fielded players who had not participated in the regional selection process as documented on the reality TV show Maidan-e-Sabz (“Green Field”).

The first stage of the selection process was a tournament held between multiple teams from the same region of Afghanistan. 26 players from each region were selected by alicensed coaching staff to advance to the second stage. The 26 players then competed in an intra-squad match, based on which the final 18-man roster was finalized.

The date of the rematch between the sides will be announced in the coming days.