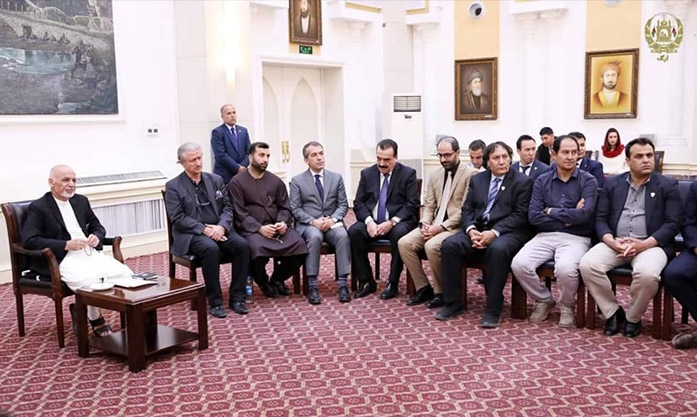 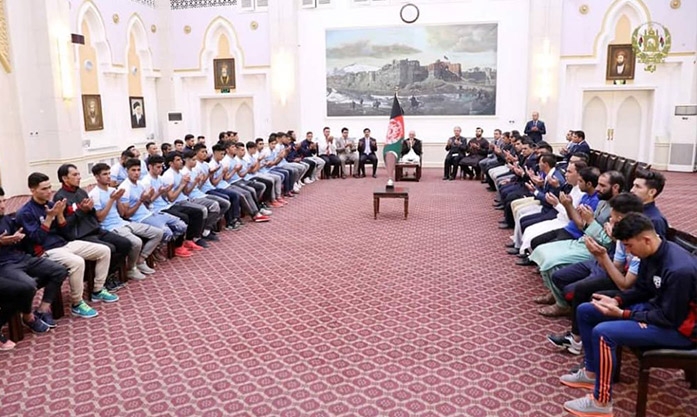 President of the Islamic Republic of Afghanistan, Muhammad Ashraf Ghani Ahmadzai, invited the Football officials along with the Champion, Toofan Harirod and Runner-up, Shaheen Asmayee teams of APL season 8 on 21st September 2019.

During the meeting, President Ghani appreciated the success of the league and called it a positive step toward the improvement of the football level in the country.

He also added that the government of Afghanistan is embarked to improvise and back all sports departments, especially Football.

Muhammad Yousuf Kargar, chairman of the Afghanistan Football Federation, showed gratitude towards the government of Afghanistan for its overall support and sponsorship of sporting events, especially Football.

In the end, President Ashraf Ghani assured to grant a cash prize of 50000 afs for each player of both teams.