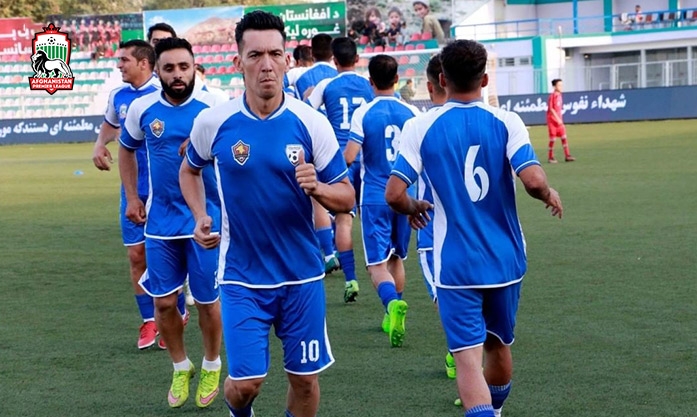 The match begins at 6:00 pm in the stadium of Afghanistan Football Federation.

According to the draw show, both teams are placed in the (B) group of the tournament along with De Abasin Sape and Shaheen Asmayee.

Today’s match between these two teams is highly decisive, and the winner of the match will qualify for the semifinals. Oqaban Hindukosh, the team which has been the semifinalist in the past, will give their best to get all 3 points of the match to make sure their qualification for the next round. They are a united and motivated team and have so many young, as well as, national team players in their lineup.

On the other hand, De Spinghar Bazan, champion of the 4th season will go down the ground for winning this game.

Today’s game is one of the most thrilling games of the tournament; both teams will give their best to make sure getting three total points and the crowd will surely enjoy.