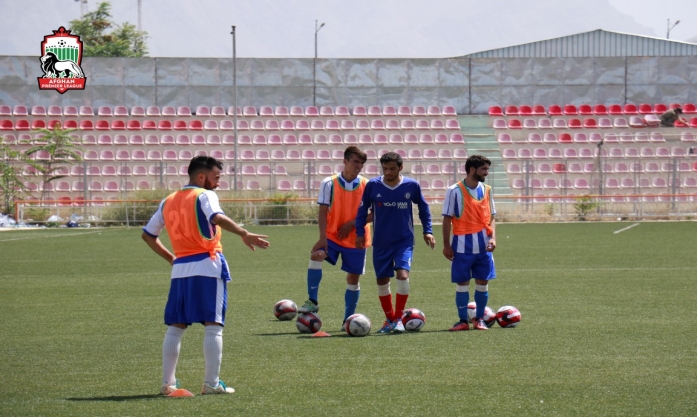 The exciting match of Mawjhai Amu against Oqaban Hindukosh will take place today, September 09, 2017, at 3:30 pm in the Afghanistan Football Federation (AFF) stadium. This is the second group stage match of group “A”.

Mawjhai Amu represents the northeastern of Afghanistan. Last year, Amu performed satisfactory and preserved to play in the semi-finals for the second consecutive year. The team was defeated by Simorgh Alborz and De Maiwand Atalan in the 2016 APL semi-finals and came fourth. “Compared to 2016, Amu recruited 12 young players for its squad. These players are the stars of northeast zone who are talented in playing football,” said the coach, Taher Monavari. “We conducted comprehensive practices in Kabul and had five friendly matches to tackle the players,” he added.

Oqaban Hidukosh, the 2014 APL runners-up, was not able to manage any remarkable accomplishment and performed poor in 2016 APL despite of the struggles and changes made to the team. “Oqaban brought a 50% change in its squad, we have recruited skilled and experienced players of Shaheen Asmayee and the Afghan national team. The ultimate goal is to advance to 2017 final,” expressed the strikers, Zainudin Sharifi. “This year, the team is young and inspired to win the title,” he mentioned.

Zainudin Sharifi, Moqadar Qazi Zada, and Jamil Nasiri are some new players added to Oqaban’s squad in the sixth season.