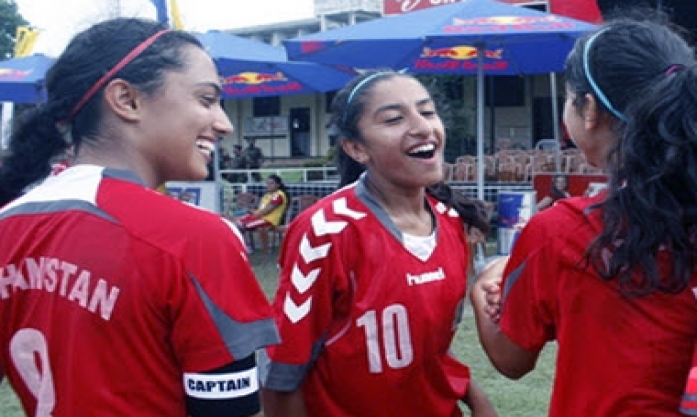 Afghanistan's women's football team recorded its first official win, and a convincing one, in the South Asian Football Championship in Colombo on Monday, beating Pakistan 4-0.The first two goals were scored by Shabnam Rohin at the 8 minutes and 23 minutes mark, while the third and fourth goals were scored by Hailai Arghandiwal and Marjan Haidar respectively in the 51 and 88 minutes of the match.The first international appearance for the team was in South Asian Football Championships in 2010 where it conceded 18 goals and scored two goals, experiencing its biggest ever defeat of 0-13 against Nepal.Afghanistan will play against Nepal in the group stages, while its also waits for the result from Maldives match against Pakistan.Afghanistan, Pakistan, Nepal and Maldives make up group B of the South Asian Women Football Championship.Afghanistan will play Nepal tomorrow morning.