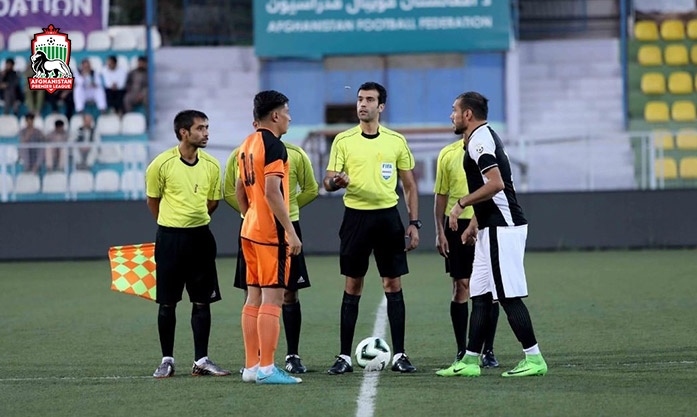 A decisive game between the two solid opponents of group (A), Mawjhai Amu and Simorgh Alborz

Today, September 8, 2019, Mawjhai Amu is playing against their staunch rival, Simorgh Alborz. This match is going to be the 3rd battle for both teams in the league so far. Mawjhai Amu has drawn their first game against De Maiwand Atalan and has lost their second game by 3-2 against Toofan Harirod. On the other hand, Simorgh Alborz has lost their first game against Toofan Harirod and won their second game against De Maiwand Atalan by 4-0.

The match begins at 6:00 pm in the stadium of Afghanistan Football Federation.

According to the draw show, both teams are placed in the (A) group of the tournament along with De Maiwand Atalan and Toofan Harirod.

Today’s match between these two teams is highly decisive, and the winner of the match will qualify for the semifinals. Simorgh Alborz, the team which has recorded many finalist titles, will give their best to get all 3 points of the match to make sure their qualification for the next round. They are a united and motivated team and have so many young players in their lineup.

On the other hand, Mawjhai Amu has been stronger after adding Hashmatullah Barakzai, national team player to their lineup and they have presented the best shows of the season so far.

Today’s game is the most thrilling game of the tournament; both teams will give their best to make sure getting three total points and the crowd will surely enjoy.