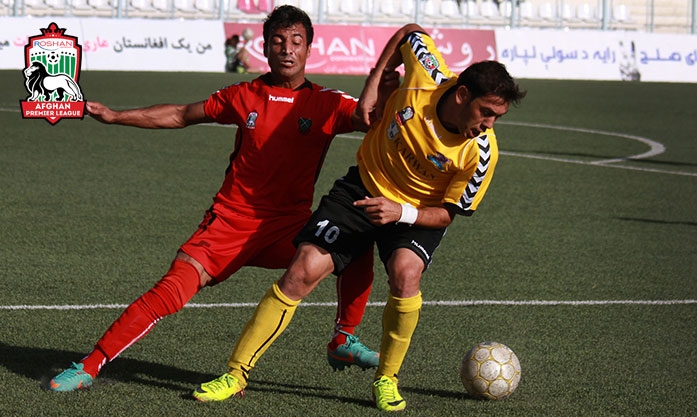 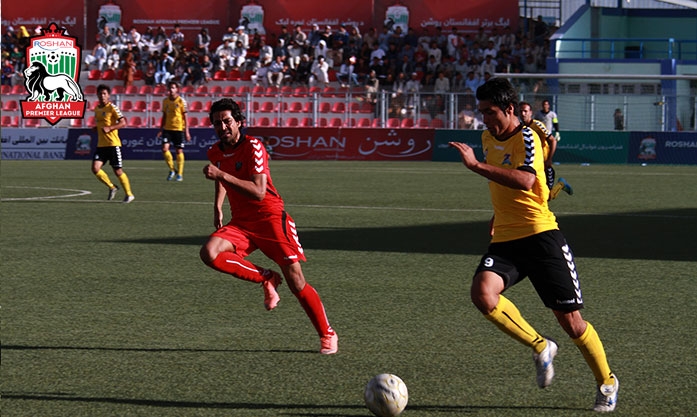 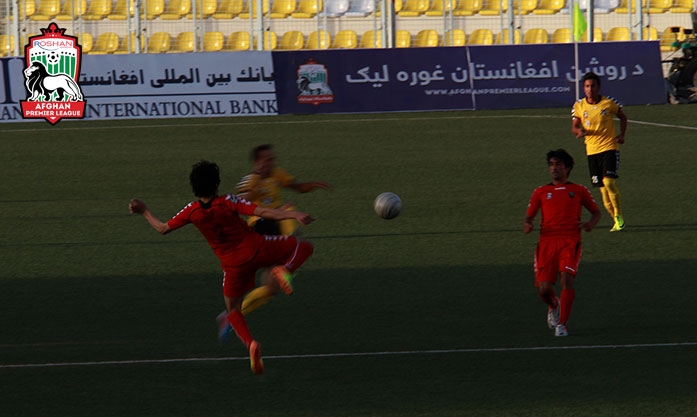 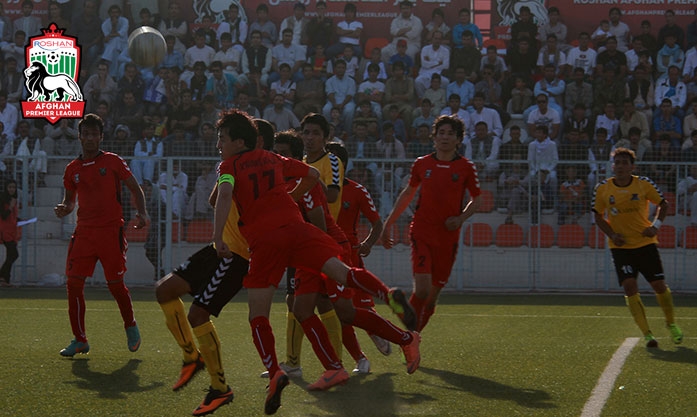 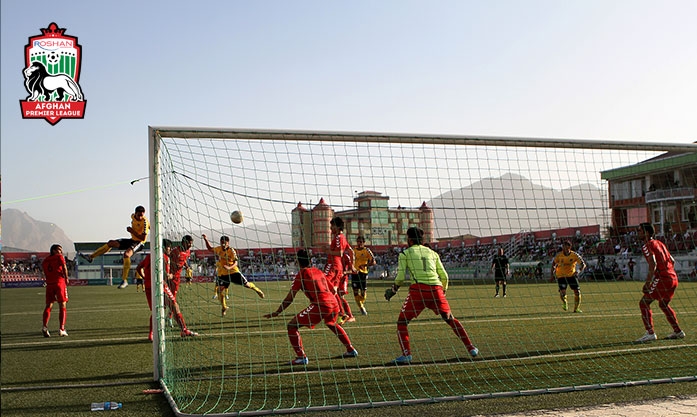 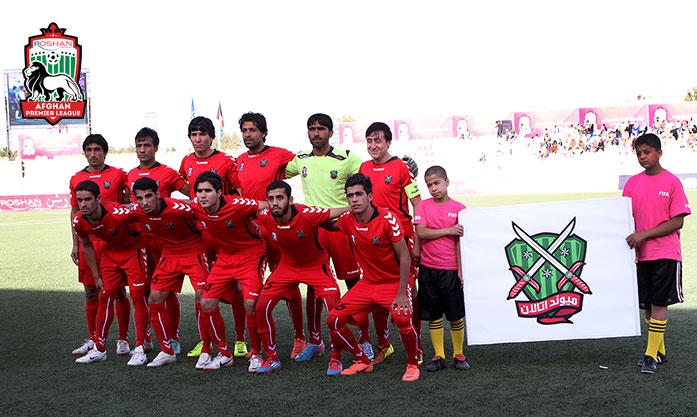 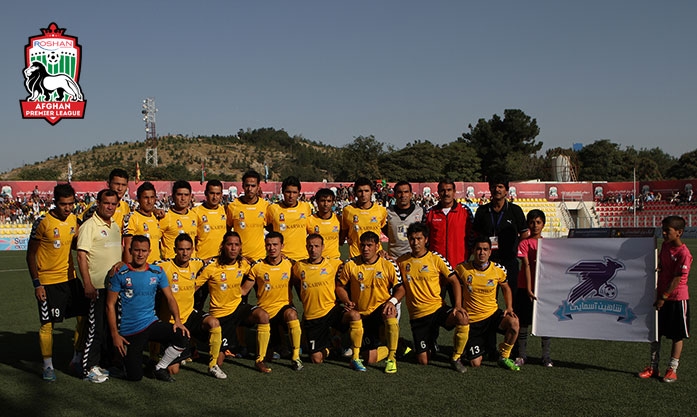 Today’s match was a meeting between an untested giant and a team with nothing to lose.  Shaheen Asmayee boasts four players who recently traveled to Nepal to help the Afghanistan National Team win the 2013 SAFF Championship—forward Hashmat Barakzai (#10), defenders Mujtaba Faiz (#4) and Muqadar Qazizadah (#2), and goalkeeper Hameed Yousafzai (#1).  But with a rematch of their first game yet to be played (ineligible players had participated), Shaheen Asmayee was yet to record an official result.

De Maiwand Atalan, on the other hand, lost their first two matches and were playing only for pride.  They limp into today’s game down three starters and their head coach, all of whom were suspended following an on-field confrontation with the referee two weeks ago.  They had nothing to lose and an opportunity to play spoiler.

The first half by all accounts was a quiet one.  Shaheen Asmayee dominated possession and had the better of the chances.  A header by a Shaheen Asmayee attacker in the 10th minute beat De Maiwand Atalan’s goalkeeper Qudratullah Hakimyar (#1), but a defender cleared it off the line.  Tall and lanky Shaheen Asmayee defender Said Mohammad (#16) had two consecutive chances off corner kicks in the 34th and 40th minutes, but the first was saved and the second hit over the crossbar.  Barakzai added a left-footed half-volley in the 43rd minute that barely missed the goal.

But on the whole, De Maiwand Atalan played disciplined defense, which included their characteristic and, at least in the first half, effective off sides trap.  Shaheen Asmayee entered half time looking frustrated.

The second half, however, opened with a bang.  In the 54th minute, Sayed Maqsood Hashimi (#7) played a lob over the De Maiwand Atalan defensive line to the left side of the box.  Barakzai managed to track the ball down just before it reached the end line.  From the tight angle, Barakzai had space for only one touch.  It turned out to be a left-footed rip to Hakimyar’s near post, which the goalkeeper couldn’t get down in time to save.  It was a goal worthy of the chants of “Hash-mat Hash-mat” echoing throughout the stadium for the rest of the game.

De Maiwand Atalan nearly responded six minutes later when Mohammad Zidane’s (#12) outstretched right boot lifted a beautiful pass from Mustafa Zobal (#10) over the bar from close range.  This proved to be their best chance of the half.

Forward Amrudeen Sharifi (#9) doubled Shaheen Asmayee’s lead in the 86th minute.  A lackluster clearance from a De Maiwand Atalan defender fell to Sharifi who, surprised at his luck, juked left before hitting a curling shot to the near post.  Hakimyar had little chance this time and again had to dig the ball out of his own net.

Sharifi’s strike put an end to a forgettable De Maiwand Atalan season.  The team from the South will return home having earned not a single point off of three games.  They will have ample time to think about why they so dismally underachieved.

Shaheen Asmayee, on the other hand, are off to the start they expected.  They must now defeat a scrappy De Abasin Sape next Friday to clinch a semifinal berth.