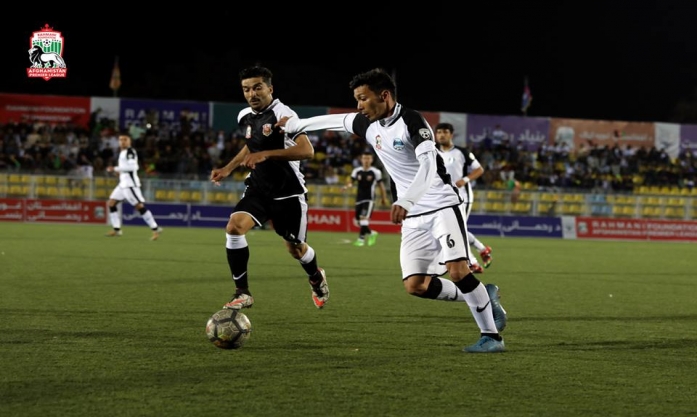 Abasin Sape escalates to the semi-finals

This was the 11th, second last group stage match and last match in group “A” which led to elimination of Mawjhai Amu whilst De Abasin Sape escalated to the semi-finals.

Mawjhai Amu started to threaten their opponent’s goal quickly after the game was kicked off, and although both teams were acting very messy but Mawjhai Amu quickly succeeded to situate an attack and Lal Pacha Tarakhel scored the first goal on the 4th minute of the game.

Committed to change the sudden result, De Abasin Sape started marching on the goal of their opponents exponentially, whilst Mawjhai Amu was also not done yet and each one of the two attacks were returned with one counter attack but the first half ended with 1 – 0 result.

In the second half as well, except for certain meaningless strikes situated by both teams, none could find their attacking rhythm until the last minutes of the second half, whereas, De Abasin Sape finally had a breakthrough on the 84th minute and Khalil Ahmad Ahmadi scored the mandatory goal for his team. But if this equalizer goal had not happened, the team would have failed to reach the semi-finals for the third consecutive year.

The game ended with 1 – 1 draw. De Abasin Sape accumulated its deserved one extra point and escalated to the semi-finals whereas, Mawjhai Amu left the APL 2018 Rahmani foundation in the group stage.